Government sets out IT procurement plans 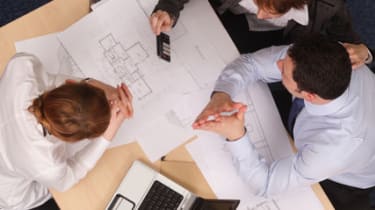 The government has published plans to overhaul its procurement of private sector services, including its IT contracts.

The data published forecasts potential contracts over 5 million, worth a total of 50 billion and with over 150 potential opportunities, which the Cabinet Office said gives an "unprecedented view" into the government's expected future requirements.

It also announced that, by April next year, government departments will also publish rolling medium term pipelines for capital asset procurements and government service opportunities, including IT and facilities management (FM), acting as a single customer for the first time.

Francis Maude, minister for the Cabinet Office, said: "We are publishing the first ever forward looking resource pipeline that gives ICT and FM suppliers a much clearer picture of the contracting landscape across government for the lifetime of this parliament."

Maude spoke about the plans in a speech addressing delegates at a public sector IT supplier conference in London yesterday.

He said key plans proved the current administration wanted to be "the most pro-business government ever".

While the Cabinet Office collated the IT contract data published on data.gov.uk, it said the figures were compiled and owned by individual departments.

Major IT contracts include the Public Sector Network (PSN) with an estimated value of 5m, which it said may be competed over the term of this parliament, and a 2015 IT hosting contract worth over 1.6m with the Department of Work and Pensions (DWP). By far the biggest listed is the 2017 Aspire IT services outsourcing contract for Her Majesty's Revenue and Customs (HMRC) worth 8.5m.

General procurement plans include working more closely with small and midsized businesses (SMBs) so they can access procurement procedures more easily and encouraging prime contractors to involve them more in large contracts.

The current procurement process itself, overseen by the Office of Government Commerce (OGC), will be streamlined to make doing business with government departments 40 per cent faster. All but the most complex procurement processes will be completed within 120 days from January 2012 compared to the average of 200 days currently.

By engaging earlier and more openly with business and the wider supply chain, the government said it would be able to reduce the time taken during the procurement process, as well as provide greater visibility of the forward pipeline to unlock investment.

All civil servants responsible for running major procurements will also be mandated to receive training in the new procurement approach. In the wider public sector it also wants to create a "Commissioning Academy" for those with contract commissioning responsibilities.

Further procurement plan details will be announced in the Growth Review on 29 November, alongside the Chancellor's Autumn Statement.