Microsoft details changes to next operating system release to cut installation times by 90 per cent. 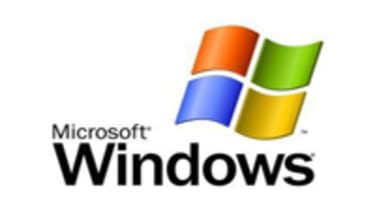 Microsoft has revealed it has been focusing development on speeding up the time it takes to set up and install the next version of its operating system (OS).

The software giant this week partially lifted the covers on its Windows 8 OS, to encourage advanced users and IT professionals particularly to consider the upgrade.

We also have the IT pro customers, who need to take full control over configurations, install from network as well as media, and add customisations to the setup image.

The company admitted in a blog posting that the upgrade to its current Windows 7 OS was perceived as difficult. But the post set out to explain how new version enhancements could reduce upgrade and installation time by as much as 90 per cent.

Christa St. Pierre, Microsoft setup and deployment senior programme manager, said that, while most consumers get the latest OS when they upgrade their machines, others have mor complex requirements, such as setting up in a multi-boot configuration.

"And of course, we also have the IT pro customers, who need to take full control over configurations, install from network as well as media, and add customisations to the setup image," she wrote.

The blog said Microsoft has been focusing its development efforts around more interactive graphic user interface (GUI) setup experiences. These include an integrated download manager, which will provide time estimates and data validation, as well as the ability to pause, resume, and re-download only parts of the installation file.

It has also added the capability to resume setup automatically after resolving a blocking compatibility problem or example, which would have required restarting the setup again in the past. And the integration of previously standalone Upgrade Advisor, Setup, and Windows Easy Transfer features is designed to streamline compatibility scanning and management.

Windows 7 came bundled with Windows Automated Installation Kit which was particularly aimed at IT professionals with large-scale estates to upgrade. In Windows 8 this has been enhanced with additional tools in the Windows Assessment and Deployment Kit and will available for download to MSDN subscribers.

Microsoft is also planning to make it easier to buy and install Windows online. With a new web setup experience, it pre-keys the setup image that is downloaded to a unique user, eliminating the need to type in the 25-digit product key at install. It will also offer an 'advanced setup mode' to run installation files when booted from a DVD or USB key.

In upgrades to Windows 7, files were moved between the old OS, the transport, and Windows 7 by using operations. In

Upgrades to Windows 8 will now also use hard link operations instead of file move ones, to increase performance and avoid having to physically move files.

The enhancements have reduced the four different wizards and up to 60 screens encountered during a Windows 7 upgrade to as few as 11 clicks, an improvement that physically move the file said amounted to 82 fewer clicks in Windows 8.

"We accomplished all of this with no loss of functionality or customisationwe simply streamlined the existing experience."