Merger approved as good for competition in storage market under the EU merger regulation. 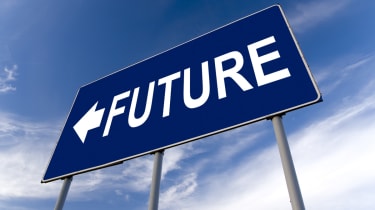 The approval is conditional upon the divestment of Western's production assets for 3.5in hard disk drives (HDD), including a production plant and the transfer of personnel and supply of HDD components.

The EC also said it cannot complete the Viviti acquisition until it has found a suitable purchaser for the divestment that must also be approved by the Commission.

Joaqun Almunia, European Commission vice president in charge of competition policy, said in a statement that the proposed divestiture would ensure that competition in the industry is fully restored before the merger is implemented.

"Hard disk drives are a key component of computers and other sophisticated electronic devices as they are used to store a growing bulk of data in the digital economy," he stated.

The commission said its decision was based on findings that there are separate worldwide markets for HDDs based on their form factor (3.5in or 2.5in) and different end uses, including in desktops, mobile and consumer electronics devices and enterprise business and mission-critical applications.

Without the divestment, it found the merged entity would only face competition in markets for 3.5in desktop HDDs and consumer electronics HDDs from the recently merged Seagate and Samsung, preventing customers from multi-source HDD purchases.

The transaction will reduce the number of competitors to three and in some markets to two, including the merged Western Digital/Viviti and Seagate/Samsung entities and Toshiba.

It also noted that Toshiba only recently entered the market for 3.5in business critical HDDs, but was uncertain whether it could replace competitive pressure presently exerted by Viviti.

Today's approval comes seven months after Western Digital announced its intention to buy HGST. The commission said it also took the Seagate/Samsung merger in the same sector into account, as it received its notification one day earlier than the HGST deal and approved it on 19 October.