Cyber crime on the rise in the UK 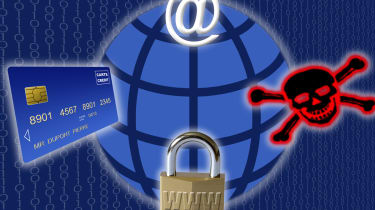 Cyber crime has become a major contributor to rising fraud levels in the UK, according to the results of a global economic crime survey published today.

Nearly a quarter of UK respondents to the PricewaterhouseCoopers study said they had experienced more than 10 incidents of economic crime during the year. While over half (51 per cent) reported at least one instance of economic crime in the last 12 months, compared with the global figure of 34 per cent.

This is a dramatic finding and marks the promotion of cyber crime to the premier league of fraud.

Cyber crime was the third most common type of economic crime in the UK, where levels of conventional' economic crime, like asset misappropriation and accounting fraud fell compared with PwC's last survey in 2009.

Tony Parton, PwC forensics partner, said the fact that 26 per cent of those who experienced an economic crime in the last 12 months reported a cyber crime was particularly alarming.

"This is a dramatic finding and marks the promotion of cyber crime to the premier league of fraud," he said. "As well as direct financial costs, there are other commercial consequences of cybercrime, such as reputational/brand damage, poor employee morale or service disruption."

The majority (83 per cent) of respondents feared reputational damages as the biggest consequence of cyber crime.

Almost four in 10 respondents said their organisation did not have the capability to prevent and detect cyber crime, added William Beer, PwC cyber security services director.

"Organisations face serious threats from cyber criminals from within as well as outside. And it's clear that senior executives need to take these risks more seriously," Beer said.

Middle management, accounting for a rise of 18 per cent since the last survey two years ago, now commits two-thirds of internal fraud in the UK. Yet only one third of senior executives were aware of an economic crime being reported in their organisations.

PwC said the true costs could be much higher, given the proportion of fraudulent activity that is likely to have gone undetected.

The Government last week set out its plans to strengthen national defences against cyber crime over the next four years.

The PwC research was based on answers from 3,877 respondents from organisations in 78 countries, including 178 from the UK.