Deployments driven by the accelerated IaaS, PaaS, and SaaS adoption will boost the cloud equipment market this year, an analyst firm claims. 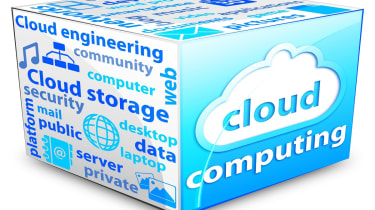 The cloud equipment market is set to exceed $33 billion (21.1 billion) this year alone, according to the latest quarterly report from Synergy Research.

The report found the cloud equipment market for the first half of 2011 exceeded $17 billion (10.9 billion) in sales.

Although public cloud platforms represented the biggest share of cloud equipment spending, representing 56 per cent in the first half of 2011, the private cloud platform segment is the fastest growing at over 30 per cent a year.

The analyst firm defines a private cloud platform as a virtualised data centre, which resides behind an organisation's firewall.

From a regional perspective, the US leads in cloud equipment sales, with 39.7 per cent of the market in the first half of 2011 according to the report.

But the Europe, Middle East and Africa (EMEA) region was the fastest growing at a rate of 30.3 per cent a year, with the UK leading the charge.

"The countries that follow [US] cloud equipment sales in ranked order include Japan, Germany, the UK and China," added Duke.

Across the different cloud equipment market segments, the report found that the leading vendors varied. For example, Cisco continued to be the dominant networking infrastructure supplier for cloud deployments with a nearly 50 per cent market share.

In virtualised computing systems segment, HP and IBM represented over 50 per cent of the market share combined. And Dell, NetApp and HP accounted for half of the storage segment.