Education: glad to be a geek

Inside the Enterprise: the Government is right to look at ICT education in the UK. But any reforms need businesses on board – and a change in attitudes towards IT professionals. 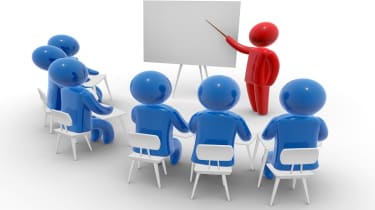 The state of IT education in the UK has been a concern to business and above all to the IT industry for a number of years. So Balancing the needs of general IT skills, and the need for an academic pathway to computer science, is no easy task.

The problem, according to the Next Gen report, put together by the UK's computer games and visual effects industry, is that ICT courses in schools increasingly seem to focus on "computer skills" rather than developing a fundamental understanding of computer science.

Those skills are vitally important in a modern economy. But university computer science departments complain that applicants for undergraduate degrees have too little understanding or experience of how computers work, or how a software application is written. But they can turn out a very impressive PowerPoint.

It would be easy to dismiss this as academic snobbery, but the views of computer science lecturers are shared by students and pupils too. A report for the

The Next Gen group does have its own point of view. The high-level programming skills needed by the video games and film industries do not necessarily coincide with the skills needed by the enterprise software industry, although the gap is narrower than many in the business software world might like to think. But the Government has at least acknowledged that there needs to be a more rigorous approach to ICT education, including changes to the GSCE curriculum.

Balancing the needs of general IT skills, and the need for an academic pathway to computer science, is no easy task. Go back a generation, and O Level computer science was often only offered to students who were in the top class at Maths.

But computers are now so much part of everyday life that there is a strong argument for integrating general ICT skills, such as using a search engine to research a topic, or designing a presentation, into subjects such as history, geography or even modern languages. This would then free up computer science classes for those who want to know how the technology works inside the box.

To do this, though, business also needs to pay greater attention to "proper" IT skills. The other great complaint of Computer Science lecturers is that businesses place insufficient value on the academic subject, and really want people who can "just use" day to day IT.

This, in turn, has led to falling numbers on computer science courses at some universities, the dons argue. And IT does not have the greatest image, either.

Changing ICT or even GCSE courses is not enough: Government, industry, and business needs to show that it values technology and the people who study it.