Changing IT from a figure of hatred

What can we do about the IT department being so disliked by users? Steve Cassidy has some suggestions... 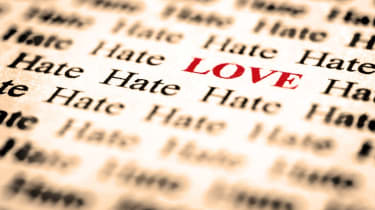 I was champing at the bit the minute I read the "Why does everybody hate the IT department?" piece on IT Pro recently, mainly because it seemed to me that in the echoing silence after that statement, there was a rider that adds "and there's not a damn thing you can do about it".

Work is just a job, not a soap-opera.

There are many things you can do about it. What's more, there are even things you can do about it which don't first require you to choose a different set of parents, upbringing, talents and outlook. If you treat problems with humans in the same way as you treat problems with computers, what research can you do and what resources are avaialble to help you get your job done, as a classic nerd, without the kind of blood pressure hikes, interpersonal failures, and futile shrugging that characterises this profession?

I am going to point you to a list of self-help books. Let's get that out of the way as an initial admission. I want to explain why I think they are useful, but to do that I have to bootstrap your thinking about the whole problem, and to do that I have to visit some topics beloved of Human Resources people, which I know can raise hackles amongst well, pretty much everybody inside and outside IT. Please try to hold on to your emotions, because I am going to talk about emotions.

A basic divide cuts across humankind. This is a lot wider than nerds vs the rest: it's about how you experience your emotional reactions. Some people introspect about them those who are likely to say "that makes me angry". Others live in them. They say "I am angry!" or quite often "YOU made me Angry!".

This is a lot wider than nerds vs the rest.

If you are the latter type then I expect some of my advice here might put your laptop or tablet at physical risk: and make no mistake about it, the key to making yourself and your department a bit less hated (which is, after all, an emotional word) is about looking at emotions. So let's try to rise above that stuff and consider the problem of a system (that happens to be made up of people) which you have to work with (by communicating, and that automatically includes emotional information) and which composes itself then communicates information about you.

I would like to initially direct you to the field of character profiling. Those slightly creepy questionnaires with brand-names like Belbin and Myers-Briggs, which ask a lot of apparently unconnected questions about your emotional affinity for certain value-judgements, then uses them to come out with blanket pigeon-holing statements about you after a hidden process of evaluation. If you've never seen one, think of them as spookily over-researched horoscopes.

Just from my description you can see why nerds (who rather like open-box systematic diagnosis and debugging) might not like the whole idea and I'm not suggesting anyone gets religious about the certainty of the verdicts of these tests. All I want to do now is pass on one conclusion, from Belbin. He asserts that there are nine basic character roles in a team. Successful teams display a balanced selection of those roles. It doesn't mean there have to be nine people. Several roles can crop up in a single person. Belbin's crucial observation, for me, is that people best suited to work together in a team don't naturally like each other. He overturns the idea that opposites attract: He says that opposites succeed.

This is an absolutely key realisation when it comes to special purpose, single-job teams inside businesses. All the nerds in IT are very similar and they are emotionally comfortable around each other. The same is true of sales, engineering, accounts and so on: Belbin argues that a degree of emotionally driven discomfort and therefore the need for a bit of formality and professionalism is only natural in a successful team.

Once you understand that, a lot of the observations in the original article become easier to work with. I didn't say they have to be universal truths just that you can use them to your advantage. If you realise that your discomfort with the idea of making sales calls all day is simply a reflection of the discomfort of the sales guy at the idea of diagnosing broken software all day, then the whole idea of IT as a distant and somewhat contemptuous priesthood starts to break down. And it has to be broken down repeatedly, in the minds of every individual. But, oh how to start to even think about doing that?

Here is where RTFM comes in. For the purposes of getting through the working day without grinding your teeth, cursing under your breath, going postal inside Castle Wolfenstein when you get back to your desk, overdosing on Red Bull or any of the myriad other signs of unresolved stress with Human v1.0 debugging, I would like to recommend a few books.

The first one is "Games People Play" by Eric Berne. This is often dismissed with a sneer, because it formed the basis of a simpler, dumbed-down concept at the start of the whole self-help movement, called "I'm OK, you're OK" a schmaltzy and uncomfortable slogan which to my mind does not fully represent the usefulness of this surprisingly small but exceedingly slow-reading and dense little treatise.

The takeaway point about this book is that, if you turn down the heat a bit on Berne's view of the extremes of human emotional reaction, it can help a lot to consider interactions that fail (for the nerd or for the self-identified Normal Human Being) in terms of his model. Transactional Analysis is the school of thought he founded, and it reaches an assembly-language, compiler-style real-time transaction processing peak in the later book, "What do you say after you say hello" (and how many of us instantly respond with "can I help you?" as if that was a joke?).

Don't worry, I am not suggesting you or your users need a shrink. What I am suggesting is that the simpler parts of a shrink's tool kit help to break open the sense of hopeless inevitability I find all too often inside IT teams and support teams in particular. One of the simplest tools I often use, arising from thinking about the findings of Berne's approach, is to look for a talent I don't have, that gets used in the job someone is doing in a business. For instance, someone in accounts who can work faultlessly with numbers all day, or someone in marketing who can deal with an irate customer or write a press release or manual in the course of answering the first guy's question about Excel, or the second one's about Quark Xpress, I slip in a comment to the effect that I slightly envy their abilities.

In Berne terminology, the effect is to shift a parent-child interaction to an adult-adult interaction. Notice that I am not expecting the person to magically transform themselves into a nerd who I can befriend: I am admitting an inability, a reason why their job is safe from me just like my job is safe from them. This takes away the sting of having to ask for help, for them, and provides a reason for them to leave the process with a bit of self-respect intact. Compare and contrast this idea which does not involve any ritual humiliation, comical ineptitude, or mutual disrespect with very prevalent and corrosive clichs in IT such as the BOfH (and if you are not a hardcore IT greybeard, this expands to B*stard Operator from Hell, a concept that dates back far enough that the term "Operator" actually had some meaning).

Of course, completely immersing yourself in the Berne world-view isn't without its problems. For one thing, if you don't "get" people instinctively (which is why you're in IT, if you are at all like me) then you may simply not be able to pick up a lot of the signs and responses that Berne describes. For another, the idea that everyone around you is hammering everyone around *them* into roles in their personal script can easily feed a sense of self-righteous paranoia. Worse still, if you discover you are actually good at picking up the signs once you know what to look for, there is the risk of correctly diagnosing a destructive script being run by a senior or influential person, and having no patience with them and their game. That's how people get fired.

The antidote to these extremes is to apply a bit of Emotional Intelligence. This is the title of another book - "Manual for Humans 1.0" and the author in this case is a chap called Daniel Goleman. I must say I find the book a bit Zen, a bit open-ended and lacking in the ground-up, first-principles approach that nerds find so helpful in the Berne books.

I can certainly identify situations in which having read it, I was more prepared to just sling my gut reaction out there and ask others to help me. But for now, I'd rather just use the book title (which goes a long way to getting across the basic point of the text it precedes!) as my antidote and finishing thought.

Work is just a job, not a soap-opera. People can't necessarily avoid their emotions and stresses interfering with their otherwise perfectly rational, commercial decision-making processes, but life runs a lot more smoothly if you have done a bit of RTFM on this part of your role, and apply a few simple rules and tools to get yourself and the people who, after all, have no choice but to rely on you as a natural result of their own skills and talent mix through the day with a minimum of stress.