The analyst firm claims now cloud is established, the fight is on for who will be the dominating vendors. 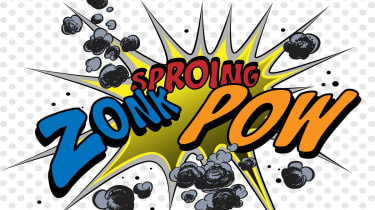 Next year will be the battle ground for cloud companies trying to assert their dominance on the market.

So claims analyst firm IDC in its 2012 prediction report, which says the "third platform" built around mobile computing, social networking, big data and the cloud had grown substantially this year, claiming the next 12 months will see it responsible for 80 per cent of IT spending growth up until 2020.

With such large figures, the IDC believes it will now become a "year of mobile and cloud platform wars," with vendors vying to become leaders of the significant technology spaces.

"The industry's shift to the 3rd Platform will accelerate in 2012, forcing the industry's leaders to make bold investments and fateful decisions," said Frank Gens, senior vice president and chief analyst at IDC.

"Companies like Microsoft, HP, SAP, RIM, and others including Apple will face 'crossroads moments' in 2012. By the end of the year, we should have a good idea which vendors will and won't be among the industry's leaders at the end of the decade."

The cloud market won't stay the same, however, with further forecasts from Gens claiming it would change focus from building cloud infrastructure to providing Platform as a Service (PaaS).

Many analyst houses have now predicted Amazon Web Services will reach $1 billion in revenues for its cloud services, but Gens added to this prophesising Google Enterprise would also reach this figure a further 18 months down the line.

What all the cloud vendors will be doing though is looking to smaller technology firms and start-ups to buy in a "competitive edge."

Gens said Microsoft would look to buy a content cloud company, such as Netflix, whilst others would look to Software as a Service businesses, such as Workday and Netsuite.

The most significant figure he claimed, however, was that 80 per cent of new commercial enterprise applications would be deployed via the cloud.

"Even though the IT industry will follow along the same transformational path as it did in 2011, the events, the choices, and the stakes will be very different in 2012," he concluded.

"The urgency to act and to make the right decisions will dramatically increase. By the end of 2012, we should be able to see much more clearly which players have successfully positioned themselves in the 'lead pack' of the marathon-like race for industry leadership in the decade ahead."

Richard Davies, chief executive of ElasticHosts said Gens' predictions of battles between providers were "no surprise" as the cloud becomes such as dominant model in the IT industry.

However, he warned customers not to trust everything with the phrase "cloud computing" attached to it.

"Before cloud-adopting businesses get too excited, it's important to note that we're increasingly seeing things being associated with cloud that simply don't fit into the model of cloud computing," he said.

"Some early adopters have found that the cloud' service they've been sold is not actually cloud at all. Therefore, before rushing in and signing with a service provider, businesses need to check that what they are signing up to really is cloud."