Consumerisation of IT: not in the UK, please

Inside the Enterprise: A research report suggests that UK businesses lag behind those in other developed countries, when it comes to using IT. Are workers, or managers, to blame? 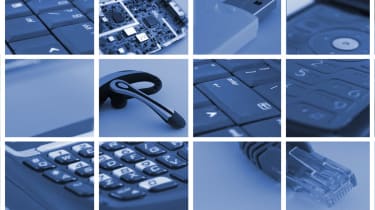 Experts on productivity tend to agree that we work better, when we have at least a degree of control over the technology we use.

From creating small "cells" of skilled workers in manufacturing such as in the car industry to letting knowledge workers choose their favourite software, or use their preferred smartphone, the argument is that employees are more productive when they choose their tools.

And when it comes to the consumerisation of technology, there is a further benefit: employees are happy to cover the cost of the technology too, saving precious IT budgets.

So it should concern business leaders to discover that workers in the UK enjoy less control over technology than their peers in other countries. According to the second round of an on-going research project from Dell and Intel, the Evolving Workforce Study, as few as 27 per cent of UK workers are allowed to choose their own tech, against 29 per cent in the US and a massive 59 per cent in China. And fewer than half of UK workers believe that their firms offer them the latest IT.

The reasons, suggests Dell's Bryan Jones, are more cultural than either technical, or financial. Jones is Dell's executive director for public and large enterprise, and has been closely involved in the research. Not only do UK workers feel they have less access to the best technology, he says; they are also one of the groups least likely to feel they can do anything about it. This, he believes, is a missed opportunity for UK companies.

The Dell/Intel research findings are borne out by the results of others studies on productivity, and on technology investment levels. These have suggested that the UK's output per hour worked has fallen behind European and other competitors in the last few years, and so has business' willingness to invest in IT. Even before the economic downturn, researchers had found that IT investment levels in France, for example, were higher in the UK.

One reason that French businesses invested in technology was to meet the requirements of their country's 35-hour working week. But firms in other countries, such as the US, have also invested more in IT, without the external push of legislation.

In the UK, managers have largely responded by making us work for longer, rather than helping us to work smarter. It is hardly a surprise that Dell and Intel found that half of UK workers could not complete their work during the 9-5 working day. Often, UK workers put in extra hours in their own time, on their own PCs, tablets or smartphones.

Dell's Jones suggests that IT could do something to help. IT directors, for example, could work more closely with HR departments to help improve working practices, and IT could become better at explaining how investing in technology can boost productivity and how it can foster innovation.

But IT also needs to be better at saying "yes". If an employee is willing to invest his or her hard earned cash in better technology, should IT really stand in their way?