Voice over IP systems can save money and reduce support hassles for time-starved system administrators. Unless it's a Swyx VoIP system, as Andrew Webb and Kat Orphanides discovered in our review. 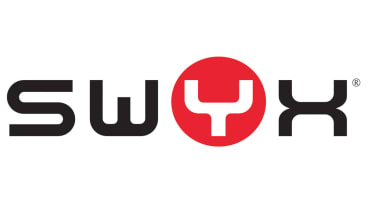 Swyx also offers the P250 USB handset. It looks like a phone, but lacks a numeric keypad and plugs straight into USB port. It was recognized by the system straight away and installed itself as several USB sound devices, for ease of selection. You can choose between handset, speakerphone and headset modes. A headset can be connected via two 3.5mm jacks on the side of the device, but is not provided. There's a speaker in the base for speakerphone use, but we were annoyed to find that it remained active even when we were using handset mode. 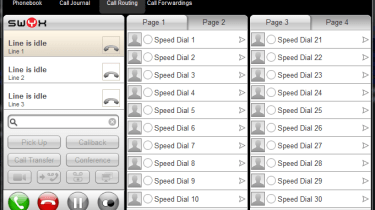 We were pleased with the supplied SwyxIT softphone application.

The P250 seems to have been designed primarily for use with a headset, as it can't do anything without a softphone. It's all rather redundant, as there are plenty of decent USB headsets out there, as well as ones that will connect to your computer's on-board sound card, making the P250 little more than a waste of desk space. It also exhibited occasional errors when used with some soft phones, failing to work until disconnected and reconnected again: a problem we've not encountered with other USB audio devices on the same test system.

The server hardware and SwyxWare software - without any of the licences required to use it - is typically priced at around 800. However, a SwyxExpress system for an office with 20 users, requiring 8 voice channels and 1 fax channel, including the server and all necessary user licences, but not including setup or support, comes in at about 6000 ex VAT. This did not include any desk phones, USB phones or headsets.

The price is excessive by almost any standard, especially when you take into account the additional costs of setup and support, which will be required as this system is far too complex for anyone but a Swyx specialist to set up and maintain. By way of comparison, a fully-functional Asterisk-based VoIP server of similar capabilities can be had for under 600 ex VAT.

SwyxExpress was extremely complex to configure, vastly overpriced for what it was, and not very good. It's billed as simple to configure, yet even a veteran sysadmin with both Windows and VoIP system experience would struggle with this device. There are many alternatives out there that are easier to configure and are better value.