Four men and two women have been arrested as part of an investigation into a phishing scam designed to steal student bank account details. 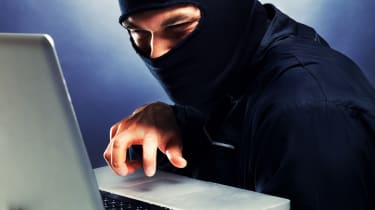 Six people have been arrested after a bogus email scam targeted students.

The Metropolitan Police Central e-Crime Unit (PCeU) said the compromised data had been used to illicitly acquire over 1 million.

The crooks sent out emails to students them asking them to visit a website and update their loan details. The site was bogus and tricked hundreds of students into handing over their bank accounts to the criminal network running the phishing operation.

"A great deal of personal information was compromised and cleverly exploited for substantial profits," said Detective Inspector Mark Raymond from the PCeU.

"We have today disrupted a suspected organised group of cyber criminals and prevented further loss to individuals and institutions in the UK. Today's arrests demonstrate what can be achieved when a partnership approach is adopted to investigate internet-based crime."

The PCeU said it worked alongside the Students Loan Company, the banking sector and ISPs in tracking the suspects.

Search warrants were executed in London, Manchester and Bolton yesterday, where the suspects are currently being held. They were arrested on suspicion of conspiracy to defraud and Computer Misuse Act.

A number of computers and associated storage media have been apprehended by the police for forensic examination.

The arrests come towards the end of another positive year for the PCeU. Last month, the body shut down 2,000 fraudulent websites that were either flogging knock-off gear or selling nothing at all.

In October, the Met claimed the PCeU had saved the UK economy over 140 million in just six months.