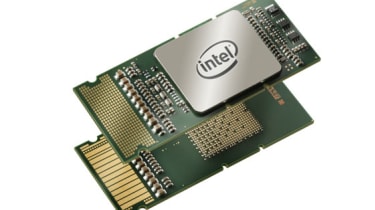 COMMENT It hasn't been a good year for HP. Besides all the furore over the change of CEOs and the very public indecision over webOS and its PC division, it has also gotten into controversy over Intel's Itanium server processors. HP has called on European regulators to investigate Oracle's decision to drop Itanium from its servers a move which it has publicly criticised as against customer interests and even sued its rival in the Californian courts.

Despite this surprisingly frank, public criticism of a major rival, HP itself helped cast doubt on the future of Itanium by announcing Project Odyssey. This initiative is supposed to replicate some of the advantages of HP-UX, the company's Unix-based operating system that runs on Itanium-based HP servers handling business critical tasks, in Windows or Linux running on servers using standard X86 processors.

We caught up with Martin Fink, Senior Vice President and General Manager of HP's Business Critical Systems unit, at the HP Discover event in Vienna and asked him whether Odyssey was a sign that HP was de-emphasising Itanium for its customers.

He strongly refuted this saying "You're making a statement that because I support X86, I can't support Itanium! But Oracle supports the X86 platform, but they still push SPARC and they haven't deemphasised. IBM pushes X86, but still push POWER and they haven't deemphasised. Why would you make that inference that because I announce support for X86 that I'm less committed to Itanium? I'm very committed to Itanium! It's a very common thing in the industry to support X86 and a proprietary hardware."

Fink added "our competitors have two completely separate families of computers. In the case of IBM, X86 and Power. We have one infrastructure which everything goes into. This is so much better for customers because they can deploy one infrastructure and can fill half of it with Itanium and half with X86. They can't do that with IBM or with Oracle."