Technology: out of stock

Inside the enterprise: Manufacturers are only now starting to feel the impact of the Thai floods and Japanese earthquakes. IT costs could rise as a result. 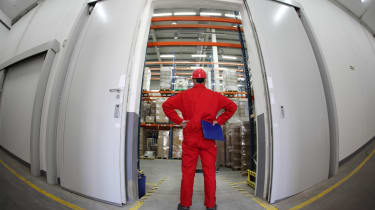 For a few years now, large manufacturers and some of the more forward-thinking consultants have been modelling risk in the global supply chain.

Largely, they have done this quietly, behind closed doors. No-one wants to frighten customers, or spook the markets into cutting the share price. But concerns over the fragility of supplies, and some hi-tech components in particular, are very real.

Most large vendors tend to have defined contracts with only a few key suppliers. If one of these suppliers is knocked out of action, by a natural disaster for instance, then the vendor's supply chain is often impeded, if not totally crippled.

Just how real is demonstrated by Intel's recent forecasts. The Japanese earthquake and more recently, the floods in Thailand, have hit supplies of critical parts. Although manufacturers always hold some inventory, shortages are now becoming a real problem.

The problem may well have hit manufacturers sooner, were it not for sluggish demand due to the wider economic climate. But low demand has done little more than delay the problem; it has not solved it.

Almost all hi-tech industries have been affected to a greater or lesser extent. Camera manufacturers are short of glass for lenses, and even TV and film production companies have run short of a particular type of videotape. Both products are mostly sourced from Japan. But the longer-lasting impact may well be on the IT industry.

Consolidation among manufacturers has led to some extreme concentrations of hardware and components in just a handful of factories, often in the same small area. Most of the world's hard drives are now made in Thailand, in the area hit by the floods. This has prompted Insight, a distributor, to warn that drives could be in short supply over the next few months, and that prices could rise.

If they continue, shortages of drives, memory and other parts will surely push up the cost of servers and PCs. Computer and IT equipment makers work on narrow margins and cannot absorb component price rises for long

This could lead to a short-term spike in equipment costs, so IT directors may want to secure important upgrades now - or look at alternatives to outright hardware purchases, such as using the cloud.

But in the longer term, it is possible that increasingly fragile supply chains might prompt a rethink in the way manufacturers source materials and key parts. Using multiple suppliers, or suppliers close to home, will help.

Even better use of supply chain planning tools can only go so far to help, suggests Antony Bourne, global industry director at IFS, an ERP software company.

"Most large vendors tend to have defined contracts with only a few key suppliers. If one of these suppliers is knocked out of action, by a natural disaster for instance, then the vendor's supply chain is often impeded, if not totally crippled," he says.

Providing an alternative source of parts could be good news for manufacturers in the US, and even the UK. But it could also mean an end to the days when we assumed the only way technology prices could go, was down.