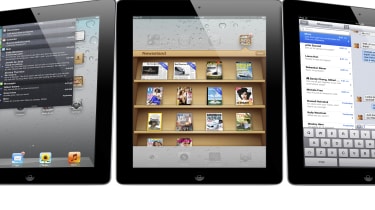 A Chinese manufacturer that supplies Apple products has confirmed an explosion at one of its factories last Saturday afternoon.

Pegatron Corp said reports from the Shanghai city government that a blast occurred in a workshop on the fourth floor of its Ri-Teng Computer Accessory Co. factory at Songjiang industrial park were correct.

A statement from the Apple supplier issued on the Taiwan Stock Exchange said there was a minor explosion in a particle collecting equipment area that damaged a small part of automation equipment.

Minimal impact is expected for production and business operation.

"While the cause of explosion is under investigation, employees who suffered injury on the site have been kept at the hospital for observation," it said.

A report by Reuters said 23 workers had been hospitalised.

The company did not confirm or deny another report by China's Yi Cai Daily that the plant produces back panel parts for the iPad 2. The report suggested the incident could affect Apple's iPad supply chain next quarter if it does not restore operations again soon.

But Pegatron said that the automation equipment damaged by the explosion could be tuned and be used again for production after adjustment.

"Minimal impact is expected for production and business operation," the company's statement added.

Apple refused to comment on the event's impact on iPad supply. "Our hearts go out to the people who were hurt in Songjiang," the company said in a statement. "We are working closely with Pegatron to understand the cause of this accident."

The incident is another in a series involving health and safety concerns and Chinese manufacturers of Apple products. The much-documented Foxconn factory issues have been stains on the company's pristine image.