Latest rumours circulate about efforts to catch up with iPhone voice software. 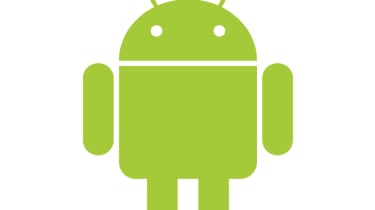 Google is reportedly working on a rival to Apple's Siri, the voice assistant on the iPhone 4S.

The rumours have been sparked by a recent blog post on Android and Me, which claims to reveal details of a secret project to develop natural language processing functionality for Google's Voice Actions for Android application, which was first launched in August 2010.

The blog claims the development is codenamed Majel, derived from the name of Majel Barrett-Roddenberry, who was better known as the voice of the Federation Computer from Star Trek.

Voice Actions, which is currently available on smartphones running the Google Android operating system (OS), requires specific voice commands to "send a text to" or "navigate to".

The suggestion is that Majel is in the works at Google X, the web giant's secret development lab led by Google co-founder Sergey Brin.

"I've heard that engineers at Google X are working around the clock on finishing the first release," the blog read. Yet its claims follow previous reports from the New York Times that at least one new product would be released by the lab this year.

This would suggest that, with all but 12 days left to go until the end of the year, an update to Voice Actions may be imminent.

Google's acquisition of speech synthesis specialist Phonetic Arts at the end of 2010 could have a role to play here in making Majel sound less robotic than rival Siri.

And it is expected to exploit its massive search database to enable Android users to ask their handsets whether they will need an umbrella today just as iPhone owners could, for example, when Siri was launched with the latest iPhone 4S handset this October.

But the blog also suggested more advanced features like controls for phone actions and applications with natural language commands were expected to come later next year.

Either way, it will also have to ensure any new voice feature does not introduce any potential security vulnerabilities, such as the hack involving Siri revealed last month.

Google told IT Pro it did not comment on speculation or rumours.