2011 has been a year of contrasts between those companies, products and technologies that have soared high despite all the economic doom and gloom of the wider world and those that haven't fared nearly so well.

We take a look back at the winners and losers of the past year in no particular order, but the technology world is a fickle one, so this year's winners may well end up being next year's losers.

The inclusion of Siri as a tech winner in this list may seem controversial as Apple's voice activated personal assistant is less than perfect and is currently available on just one rather expensive product, the iPhone 4S.

However, Siri is the first voice recognition product we actually use on a regular basis while it's context-sensitive answers and integration with online databases and apps is not only technologically impressive but could point the way for other voice recognition systems. 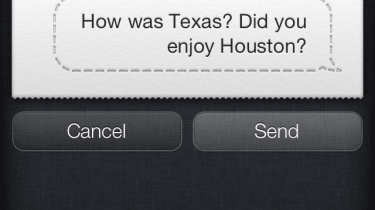 Plus, imitation is the sincerest form of flattery. Despite initially downplaying the usefulness of Siri, Google is now rumored to be working on its voice activated personal assistant code-named Majel.

Social networks have been all the rage long before 2011 stumbled into being, but this year highlighted the importance of social networking to businesses. A business that doesn't have a presence on Twitter to respond to customer complaints is behind the times, while the potential of advertising on Facebook to increase your company's visibility in the marketplace is immense.

There's also another side to social networking and that's their potential for embarrassment and legal liability via data leakage and employee misuse. This has given rise to a host of security software, services and appliances dedicated to controlling access to social networks with varying degrees of success. Social networks must be important if there are now products dedicated to blocking them.