The Itanium processors may not be household names like Intel's other chip brands, but they're just as important powering business critical servers all over the world with a high degree of reliability.

Unfortunately, the future of Itanium is now severely in doubt following a highly public withdrawal of support from Oracle and moves by the now sole Itaniui client HP that suggest it too is deemphasizing support for the niche chip, despite strenuous denials by HP executives to the contrary.

Despite revelations of a secret Itanium development contract between HP and Intel, we doubt Intel is diverting its best engineering minds and devoting serious resources to a niche server chip that isn't compatible with its other processors. Especially when the company is losing out to ARM in the far bigger mobile processor market.

Tablets other than the iPad

The Apple iPad 2 has been the dominant tablet computer of 2011. Although there are now a multitude of computers, market data suggests the vast majority of customers are buying iPads. Besides the aforementioned HP TouchPad which was abruptly pulled from the market by its manufacturer, RIM has also failed quite spectacularly with its lackluster BlackBerry Playbook. 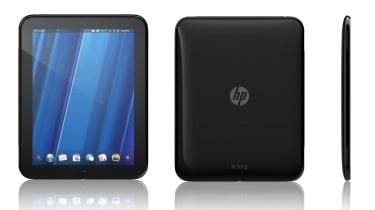 The only serious competition to the iPad 2 lies in the form of Android Honeycomb-based tablets, but even these are immature when it comes to hardware and interface design and app support.

This could all change in 2012 though when Android 4.0 Ice Cream Sandwich and the next generation of Android tablets emerge, plus there's the potential rise of Windows 8 tablets.