The company's Global Services division continues its comeback with another big deal to round off a positive 2011. 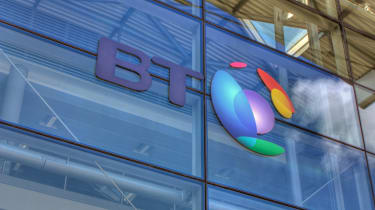 BT has secured a lucrative deal with the European Parliament, which will see the telco giant provide networking under two framework contracts.

Network equipment and applications will be delivered to the EU body, alongside professional services for those products across three main sites in Brussels, Luxembourg and Strasbourg.

BT will provide the technology to support a host of telecoms services, including VoIP, unified communications, videoconferencing and telepresence.

BT put together a competitive and strong offering which really stood out.

"BT put together a competitive and strong offering which really stood out," a representative for the European Parliament said.

"Their highly-skilled integration experts and a vendor agnostic approach should enable us to implement all communication infrastructures and services according to our Call for Tender specifications. This makes me confident that we have chosen the right partner."

The deal marks another high point for BT's Global Services division, which is responsible for a sizeable chunk of the telecoms firm's revenue.

In early 2009, the division was actually holding back BT revenue. At one stage it was reporting losses of 124 million. In 2008, BT said it would cut 10,000 jobs due to Global Services' poor performance.

Fast forward to the company results in November 2011, profits had risen 15 per cent and the division was making money thanks to some big deals.

BT has scored a number of contracts in the public sector this year, including one to become a provider for the Public Sector Network.

"Our extensive portfolio of services and our professional services capabilities were instrumental in winning these deals," Luis Alvarez, president for EMEA and Latin America at BT Global Services, said today of the European Parliament deal.

"Our consultancy and systems integration expertise is increasingly recognised in the industry. I want to thank the European Parliament for the trust they put into BT."