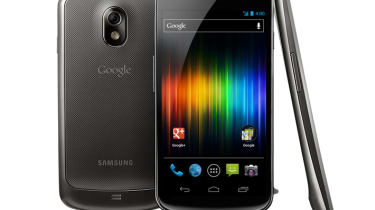 Google has also ditched the separate Contacts app and Android 4 instead comes with a combined address book and social network hub that aggregates information from Google Contacts and (once manually installed and configured) Twitter. Facebook support is notably absent, but Google does offer a social' API that allows developers to plug more apps into this service. 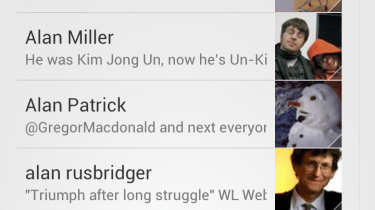 The Contacts section of the phone app now acts as a basic social networking hub pulling in feeds from Twitter and Google+ - but not Facebook.

Android 4 also shores up some corporate-friendly features. Microsoft Exchange server configuration is now much more streamlined, for example, and the email app now supports EAS v14.0, plus nested mail subfolders with individual server-sync rules. Security has been beefed up too, although the option for applications to store private keys and certificates in encrypted storage is really only of interest to developers. We won't include the new facial recognition unlock option with these security improvements, though it works, but is far from secure since it can be fooled by holding up a photo of your face to the forward facing camera to unlock the phone.

Anyone who pays for their own phone bill will also be pleased to see new settings for monitoring mobile data use and the option to cut off the connection once a certain amount of data has been downloaded over a predefined period. The new Wi-Fi Direct feature may cut down on mobile data charges in future too, assuming third party app developers exploit its ability to establish direct Wi-Fi connections between smartphones without needing an access point. 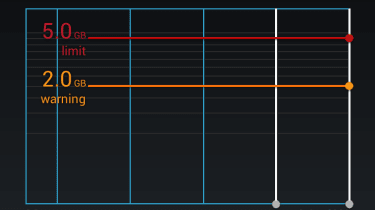 The new settings for monitoring mobile data use.

The Galaxy Nexus is certainly a very capable smartphone, but we were expecting something with rather more polish from the first smartphone to be designed for Android 4 particularly one that Google is peddling under its own name. Ice Cream Sandwich is the real point of interest, of course, so unless your current smartphone is on its last legs we're inclined to advise waiting to see what other manufacturers come up with over the next few months rather than going for the Galaxy Nexus straight away.

Slick hardware combined with a seriously refreshed version of Android make the Galaxy Nexus a very capable smartphone. The fact that it’s the only smartphone designed for Android 4 that's also actually available to buy right now only serves to make it more desirable. As good as it is though, we suspect other manufacturers will do better with new models early next year – especially with phones we can actually hold comfortably. So as tempted as we are, we’d hold onto our pennies for now.