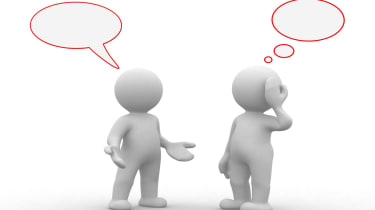 2011 wasn't just a year of announcements and product launches, many in the industry used their words instead of their products, money or legal teams to do the talking. Here are IT Pro's top quotes of the year.

"Just as Rockefeller's Standard Oil was an oppressive enterprise that became so powerful it had to be broken up for the public good so I believe Google must be seriously tackled in the national interest."

Former Channel 4 chief Luke Johnson, on his distaste for Google.

"Laying ID cards to rest demonstrates the Government's commitment to scale back the power of the state and restore civil liberties.

"The roll out of Wi-Fi technology across the platforms and public areas of our Tube stations will finally allow Londoners to use mobile devices to pick up their emails, access social media sites and stay in touch with the world above while they traverse our subterranean transport network."

London Mayor Boris Johnson, following news the Tube network should be getting Wi-Fi for 2012, despite a survey suggesting 76 per cent of Londoners were against the idea, concerned over bigger bills and greater chances of being mugged.