Building innovation, a generation at a time

Inside the enterprise: We should remember that today's technology and social media builds on what came before. 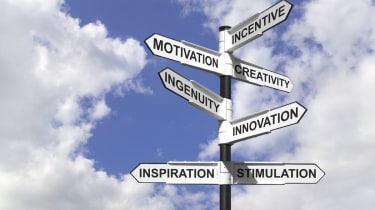 What turns an idea into a product, and a product into a success? When it comes to technology, the answer could be technology itself.

There is a long history of new technologies being built on the foundations of the older generation. Large parts of Britain's early rail network were built, literally, on top of filled-in canals. Even today, new cars are delivered by rail, and parts of new Airbus planes are ferried around by boat and truck between the UK, Germany, and France.

But in the world of software and online services, that process is far more rapid. So rapid, in fact, that today's social media brands owe their success largely to the social media networks that went before.

Research carried out by MIT has found that Twitter owes much of its rapid growth to older social networks, and to conventional media. The academics studied Twitter's growth trajectory between 2006 and 2009, looked at data from 16,000 US cities, and looked more deeply at 408 cities with the largest number of Twitter users.

The MIT team found, unsurprisingly, that Twitter grew fastest in cities such as Boston and San Francisco, known for their tech-savvy populations. But the next wave of Twitter users clumped together in towns and cities near to those technology hubs. This, researchers believe, showed that Twitter use was spreading not through some hi-tech jungle telegraph, but by word of mouth.

But the really big boosts to Twitter came from a combination of social media, and conventional media. Researchers correlated the growth in Twitter use to news stories about the site, using data generated by Google News. They found spikes when US actor Ashton Kutcher challenged CNN to see who reached the one million followers milestone first; another spike followed when Oprah Winfrey sent her first Tweet.

Whether that would apply now MIT only studied data to 2009 is another question. Increasingly new web services and social networks spread through services such as Twitter, or Facebook, or BBM. And there are plenty of start ups that are building their technologies quickly (and cheaply) on the previous generation of start ups and innovations: think Amazon Web Services, Google Docs, or even Salesforce.com.

Steam punks and cyber warriors alike should remember that each new innovator builds on the last "next big thing", and each inventor builds on the work done by the previous generation, whether the Brunels and Stephensons, or Tim Berners-Lee's team at CERN.

As we move into 2012, spare a thought for those who made the innovations of 2011 possible. Happy Holidays.