Steve Cassidy looks at the increasingly popular topic of bringing your own device to work and ponders whether it will take off, or whether it already has. 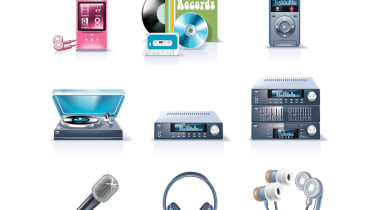 I am, in retrospect, truly shocked by how long ago it was I first came across the whole "Bring Your Own Computer" (BYOC) - or BYOD as it's also known - movement. It was the year after the Boxing Day Tsunami, the natural disaster that hit the Indian Ocean countries back in 2004, and I was at Lotusphere, the annual convention of Lotus software users in Orlando, Florida.

You're most likely thinking: Who are these people? There can't be enough 1-2-3 users left to fill a phone booth at the airport, let alone two giant Disney hotels can there?

The answer is that what had been Lotus, was by then deeply embedded within IBM: and IBM had only one product in mind when it bought the whole company. That product was Lotus Domino. The original architect of Lotus Domino, way back in 1991, was Ray Ozzie. These days he's rather more famous for having defined and designed Microsoft Azure, which to my mind makes him one of the two principal founders (the other one being Paul Maritz of VMWare) of the whole concept of cloud computing.

So how come he's got a hand in the BYOC philosophy too?

Back in early 2005, Mr Ozzie was in a quite fascinating situation. It was only a month or so before the announcement of his new job as Bill Gates' successor, and for IBM to get him along to Lotusphere was considered quite a coup.

Ozzie, you see, hadn't come to IBM as part of the Lotus "merger". He was founder of IRIS Associates, which had been funded by Lotus to develop Notes (later Domino). By the time I met him at Lotusphere he was running Groove networks, a small software house with a groupware product which embodied many of the ideas that have later come to define our computing experience, since it was in essence a light-touch collaboration suite with a hybrid cloud architecture. In retrospect it was obvious that by coming along to Lotusphere with the Microsoft deal in his back pocket, he was saying farewell to the faithful the quality of the greeting he got stepping out on stage in front of 18,000 delegates would make Justin Bieber sulky and jealous.

In chatting to this man with all that as background, later at the press conference, I mentioned a project I'd started with a UK charity, to roll out Domino in countries with broken or expensive telecoms infrastructures. This got Ray straight on to the topic of how he'd been using Groove around the entire subject of the Boxing Day Tsunami. He spent quite a bit of his time, apparently, visiting with long term Notes/Domino fans in companies and organisations of all sizes, and what he saw even back then was a sickness he described as "too much IT".

I'm sure you will share my sense of envy at the lifestyle revealed by these snippets. I'd love to be swanning round the world with an open invite to every blue-chip operation on the planet, from the US Navy to the owner of the Maltese Falcon (the boat, not the fictitious statue), and then get the chance to listen to how they really get things done. Ray was seeing was chief execs and MDs who had two laptops. One from their corporate IT team, and the other they had their secretary sneak out and buy on the company card. The logic being that they needed to get things done, out of the purview of their often-obstructive IT people, and this was the easy way to do it.

Ray then developed this theme further by mentioning that for the Tsunami, Groove networks had facilitated lots of "agencies" (sic) with a presence in the Indian Ocean to share information with one another, without their IT teams having to go away for a six month love-in to accommodate everyone's diverse security, compatibility and what-all else paranoias. His view was that a massive natural disaster was the best possible test of flexibility in information technology, and that the whole edifice of justifications and limitations set up around massive IT departments just made them inherently incapable of responding quickly enough to a force majeure situation. Cloud-based servers, talking to light-touch installed apps on any old PC anyone could lay their hands on, were the right fix for that problem.

I know: While it's very easy for management and users to blame "The IT guys" in these situations, and there's a heavy dose of starving-baby, bedraggled-dog emotional blackmail to the whole scenario just to make it feel even worse, the fact is that most of those limitations on behaviour are imposed by the business itself. I'm one of those who takes the view that leaving IT to be run by the finance director is a very good way to flash-freeze all the responsiveness, all the flexibility, all the good stuff, out of an IT function. If ever there was a case study in which what was really needed was a bit of the classic Warp Factor Nine engineer's headroom for slack, it's when a massive disaster hits an entire quadrant of the planet.

So when I read IT Pro's recent Q&A with RIM's Tim Hodkinson, I was mildly sceptical. Like a lot of senior industry people, Tim believes there will be quite a turnaround in computing experience for a lot of everyday users inside businesses in the coming year. One part of this is the Many Rice-Davies riposte of course someone at Blackberry thinks there will be more activity in mobile devices, and naturally after RIM has found it necessary to regroup from the assault of the iPhone on business toy-buyers' sensibilities, they will want to trade on the strongest part of its brand perception within corporate IT. But just because he's inside a position fraught with natural bias doesn't mean he's wrong, or that RIM is wrong either (Playbook notwithstanding): There's definitely a type of business who can be trusted to take over control of smartphone and "viewer appliance" type products that are actually the property of staff members.

I can think of at least three clients who would jump at the idea of rolling out a consistent stack of icons on the diverse screens of all their eager staff members' phones: But that's because those are three exceptionally open, friendly and civilised businesses. Let's face it: the reality of BYOD is a massive minefield, a huge territory richly populated with wrong-ended sticks for both management and workforce. What happens, we wonder, when a smartphone under company management via a utility like Blackberry Mobile Fusion falls into the scope of something as nightmarishly legal as the Leveson Inquiry, or (god forbid) embroiled in the next big murder investigation.

As with Ray Ozzie's cross-section of multi laptop toting chief execs, there can be very simple reasons why "work phone" and "personal phone" are kept clearly distinct. In his earlier scenario, quite a lot of the Boss Men had business interests outside their post as CEO or MD: family interests, shareholdings, properties and so on, and it's almost inevitable that the same can be said of almost any worker at any level with their smartphone.

My understanding of the BYOD concept for phones, from an IT department point of view, is that it's a driver for standardising presentation of data to only two or three narrow delivery methods - web browsers, App Store apps (for interacting with customers, more than staff) and thin client computing access to traditional Windows desktop apps (or Hybrid Cloud SAAS, if you are under about 22 years old in 2012). That means there's almost nothing out on the "your own" bits of kit, save a collection of web bookmarks and a few RDP connections: Even though Smartphones don't generally include RDP as standard, this is fixable with a single app: Wyse Pocket Cloud. One app is hardly a demand for a wide ranging central management platform to suck in everybody's phones in a company.

Bring Your Own Device/Computer is already a reality. Writers and consultants like me have been doing it for ages; but we are certainly not on the minimum wage, nor do we have to share the sole family PC with our kids, nor are we prohibited from claiming our computing expenses against taxes. But that model is very unlikely to work in the wider world of business.

Alas, many of the types of business who will find the idea of BYOD most interesting are likely to be the ones who exploit the opportunity most painfully, for their workforce.