2012: The outlook for IT professionals 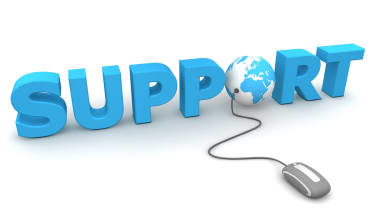 Given continued economic uncertainty, perhaps it was inevitable that 2011 would be a mixed year for IT professionals, and they can be forgiven first and foremost for concerns over job security.

A faltering recovery in the private sector, combined with continued job cuts in the public sector, have affected the IT market. There have been high-profile cancellations of public sector projects, including the National Programme for IT, as well as the earlier decision to scrap ID cards. And these are just the largest examples of cut backs.

In commerce, too, there is evidence of growth, especially in online channels.

But the need to trim costs in the public sector a process set to continue into 2012 is being offset, in part, by improving demand in the private sector. Overall, the IT industry has returned to growth, with spending increasing in financial services in particular.

Financial services IT job vacancies had already returned to 2007 levels by last year, and demand may well increase further in 2012 as banks turn to technology to meet regulatory requirements, such as the proposed ring fencing of retail banking operations.

In commerce, too, there is evidence of growth, especially in online channels. Reports earlier in the year suggested that spending on IT in the retail sector was falling, driven in part by the difficulties faced by many on the high street. But e-commerce and online channels are growing rapidly. Even relatively traditional bricks and mortar retailers, such as John Lewis, reported strong demand online: the department store's web sales during one week in December were 44.1 per cent up on 2010. The company also launched its first Facebook page.

This trend is creating opportunities for IT professionals with strong online and e-commerce development expertise, as well as a track record in working with social media.

However, a large number of e-commerce, social media, and "app" projects are being developed not by in-house IT teams, but by external consultants. John Lewis, for example, turned to FusePump for its Facebook presence; NatWest's iPad banking app was developed by Monetise Group. And whilst some brands have turned to the large IT consultancies for their apps or social media sites, others have opted for smaller, boutique developers, especially in London.