IT Pro Leader Board: 2011 tech highlights

We've all got our favourite tech memories from 2011, but what do the IT Pro Leader Board members think? We rundown their 2011 tech highlights. 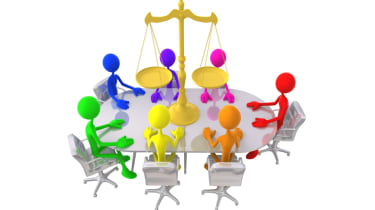 "There were two events that stood out for me this year as my personal highlights. One was accepting the PAS 74 Kitemark for Child Online Safety from Children and Families Minister Tim Loughton at the BETT Show and the other was successfully launching our new cloud brand Westcoastcloud.

However, when you look at the IT industry as a whole I think 2011 will be remembered as the year which sounded the death knell of the traditional IT department. Managed Services Providers were finally accepted as a friend and not an enemy by IT directors.

We've been debating for years over the on-premise versus managed service delivery model - I think that debate is now over.

You try telling your CEO they can't have their iPad or Galaxy!

2011 was also the year when the cloud really burst through the business barriers. Almost a third of our customers have either adopted or have plans to adopt a private or hybrid cloud. Increasing pressure on budgets meant more has to be delivered with less.

Many organisations had to review how they deliver services, forcing them to re-evaluate the outsourced model. This has allowed users to take advantage of the suppliers' investment in infrastructure and expertise and provided the added bonus of allowing the move from a CAPEX to an OPEX model.

The other big change was the impact made by consumer products on IT departments. Traditionally we've been used to an IT department dictating what devices are given to us and how they are used. iPads, smartphones and social media have changed all that.

So many employees have discovered that the devices and services they use at home are often more polished and sophisticated than those they use in the office and have demanded their introduction to the workplace. This has brought with it issues about security and management but you try telling your CEO they can't have their iPad or Galaxy!"