The networking giant ditches umi less than two years after its launch. 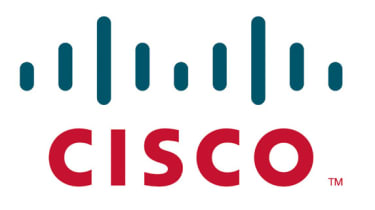 Cisco has continued its divergence away from the consumer sphere by ditching home videoconferencing service umi.

Once touted as a high-quality version of Skype, umi was officially dropped by Cisco after blogs sparked rumours of the technology's demise.

While we are ending the sale of umi, the umi service remains unchanged.

The revelation comes less than a year after Cisco decided to get rid of its Flip camera lineup, as it looks to refocus its strategy following poor financial results.

"Cisco announced in April 2011 that, as part of the review of our consumer business strategy, Cisco umi would become part of our business telepresence portfolio. Following the integration, we reviewed our Cisco umi distribution strategy, and decided to no longer sell Cisco umi hardware as a consumer offering," a Cisco spokesperson said.

"While we are ending the sale of umi, the umi service remains unchanged. Existing customers will continue to be able to use the service to make calls to other mi subscribers or to Google video chat accounts."

Cisco has been making major strategical changes over the past year, after CEO John Chambers warned staff to get ready for significant changes in light of weak financial results.

Jobs have been lost as a result. When Flip was ditched, it emerged 550 staff were to be made redundant. In July, Cisco confirmed a further 15 per cent of its workforce was to go.

umi was launched in 2010 and was designed to work on home TVs, but it is unknown how much traction it managed to gain in a market dominated by Skype.

With Skype being a free software product, compared to the hardware extra required with umi, the Microsoft-owned videoconferencing app has gained millions of users.

Skype appeared to take a swipe at umi pricing in October 2010 via a blog post.

"Buy a $599 device and it can be subject to obsoletism at the hands of mass-market options that sell for half, then a quarter, and eventually a tenth of the price," Skype's Jonathan Christensen said.

"And, when unbeatable lower cost, high performance options are readily available, spending at the top-end can be like throwing money away, especially if you are buying a video calling system and there is no one else to call."

Despite being cheaper than umi, Skype is not completely free to use on a TV. Users still have to buy the right camera to go with compatible TVs, which together can be pricey.