Nokia is talking up how US-focused the Lumia 900 is, without indicating when the phone will arrive in the UK, if at all. 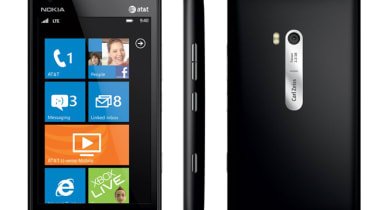 Nokia may have launched its third Windows Phone at the Consumer Electronics Show (CES) in Las Vegas this week, but there is no inkling of when or if it will appear in the UK.

The Finnish phone company announced the Lumia 900 with US operator AT&T, on which it will be available in "the coming months."

Nokia has also not put an official UK date on the Lumia 710, although told IT Pro today the "planned launch timing for the Nokia Lumia 710 in the UK is Q1 2012." 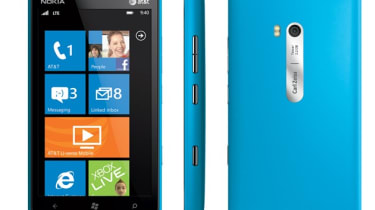 "The introduction of the Nokia Lumia 900 with AT&T is another significant milestone in the ongoing rollout of Nokia's global smartphone strategy," said Chris Weber, president of Nokia Americas.

"The Nokia Lumia 900 is designed specifically with the US in mind and the announcement of this collaboration with AT&T, in addition to other recent announcements, signifies a new dawn for Nokia in the US."

Jeff Bradley, senior vice president of devices for AT&T, added that "Nokia and AT&T worked hand in hand to bring the Nokia Lumia 900 to market."

The UK may never see the 4G-enabled device as LTE networks are not yet available to users on these shores and won't be until 2013.

Initial reaction to the Lumia 900 has been positive. It is the thinnes of the three Lumias and comes with a sizeable 4.3-inch AMOLED screen, 8 megapixel camera with a Carl Zeiss wide-angle lens as well as a front-facing camera for video chat.

It features a 1.4GHz Snapdragon processor and will be available in black and cyan.

The 4G-compatible Lumia 900 will also come packed with exclusive apps, games, and content from ESPN, CNN, Electronic Arts, Univision, Sesame Street Workshop when it launches in the US.

Nokia is still trying to make a big splash in the smartphone market, which has been taken over by Samsung and Apple.

The Lumia 800 remains Nokia's only available Windows Phone 7 device available in the UK.

According to brokerage Exane BNP Paribas, that phone has had a lukewarm reception in Europe. In December, the firm slashed its view on sales of the Lumia to end-users to just 800,000 from its initial "ballpark estimate" of two million.