The UK will shoot up the broadband speed tables thanks to Virgin's upgrade, according to the operator. 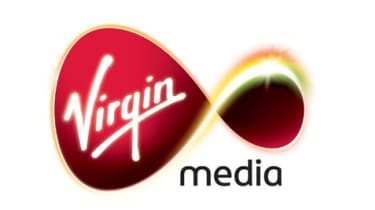 Virgin Media plans to double broadband speeds for the four million households it covers across the UK.

The mass rollout is expected to be completed by mid-2013, although the project will kick-off in February 2012.

Customers with 10Mbps, 20Mbps, 30Mbps and 50Mbps will all have their services at least doubled, whilst 100Mbps customers will have their maximum speeds go up to 120Mbps.

As for which part of the infrastructure is being upgraded, a Virgin spokesperson told IT Pro it would be at the local cabinet level.

Potentially, this can be seen as increasing the digital divide.

"We've got enough cable to go four times around the world so it's quite a lengthy process," the spokesperson said.

"Wherever we have network, our customers will be getting the boost."

Businesses may reap some of the benefits of Virgin's upgrade too, even though this is a consumer-related project, the spokesperson said.

"Any investment we make into our network will ultimately have dual benefits because it can help us with our business as well," he added.

Virgin is investing 110 million in the upgrade, most of which will come from the sale of UKTV.

Virgin claimed the upgrades would catapult the nation up the speed rankings. According to recent results, the UK lies in 25th globally.

Prime Minister David Cameron welcomed the initiative, claiming it would "provide a great boost for the economy and change the way many households, consumers and businesses use the internet."

"Rolling out superfast broadband across the country is a critical part of our plan to upgrade the UK's infrastructure and build a new and smarter economy," Cameron added.

Andrew Ferguson at thinkbroadband said the Virgin upgrade would help push the UK up the broadband rankings, but the issue of poor connectivity in rural areas had still not been solved.

"There's no help here. Potentially, this can be seen as increasing the digital divide," Ferguson said.

"But whilst that is the case, it does mean to the councils who are working on various plans that this is where the market is going, this is where commercial operators are going. So if you are just going to try and barely meet the 25Mbps of superfast broadband then you're area is going to be very quickly left behind."

Operators have attempted to close the digital divide by bringing infrastructure to rural areas, with most hoping to jump on BT Openreach's Physical Infrastructure Access (PIA) products.

Virgin is in bed with the Fujitsu consortium which is planning on bringing fast speeds to remote parts of the UK.

However, pricing issues have plagued BT's PIA products. They led to Geo Networks, which was helping deliver superfast networks in Wales, to withdraw from bidding for Government-provided BDUK funds, which are supposed to help boost broadband in British countryside.

Geo claimed the market was "not contestable." Two key reasons for Geo's decision surrounded pricing for Physical Infrastructure Access (PIA) and "heavy restrictions" over what can be done with infrastructure.

Virgin is battling with chief rival BT over who can offer the best speeds. Late last year, BT Openreach launched its Fibre to the Premises (FTTP) product, claiming it would be able to offer speeds of 300Mbps by spring 2012.

However, only six locations were to be covered by BT FTTP on the initial announcement.

"The issue there is the actual level of network coverage. Virgin Media, it's 100Mbps product covers pretty much 45 per cent of UK households," Ferguson added.

At the time, BT also announced it was to roughly double speeds of its Fibre to the Cabinet (FTTC) service in 2012.

BT claimed Virgin was following its lead by doubling speeds.

"We announced we would do this for our fibre products last autumn and so they are trying to catch up with us," a spokesperson said.

However, figures from uSwitch compiled over the last 30 days, Virgin offered the fastest average broadband speed of 13.02 Mbps, with BT in second on 8.46 Mbps.