The education secretary promises ICT classes in school will improve with the arrival of computer science teaching. 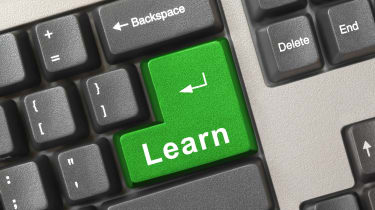 Much-maligned ICT classes in school are set for the scrapheap, after education secretary Michael Gove announced plans for the existing curriculum to be canned.

The changes would allow schools to create their own curricula based around computer science to equip pupils with the IT skills employers are looking for, Gove announced at the BETT conference today in London.

Gove's plans for the reformation of IT education have come after heavy criticism of the current curriculum.

Technology in schools will no longer be micro-managed by Whitehall.

Others, including the British Computer Society, have claimed the current curriculum is dull, whilst others have derided it as harmful and irrelevant.

The number of students opting to take ICT GCSE and A-level courses has also dwindled in recent years.

"As the chairman of Google, Eric Schmidt, recently lamented, we in England have allowed our education system to ignore our great heritage and we are paying the price for it," Gove said. "Our school system has not prepared children for this new world.

"Technology in schools will no longer be micro-managed by Whitehall. By withdrawing the Programme of Study, we're giving teachers freedom over what and how to teach, revolutionising ICT as we know it.

"Universities, businesses and others will have the opportunity to devise new courses and exams. In particular, we want to see universities and businesses create new high-quality Computer Science GCSEs, and develop curricula encouraging schools to make use of the brilliant Computer Science content available on the web."

A consultation on withdrawing the statutory Programme of Study from September 2012 will begin next week.

The devolving of control over schools falls in line with Gove's other decisions in education and the Conservative's Big Society ideology. The education secretary has been a big supporter of parent-run schools in recent months, which could be set up in shops and houses, according to reports.

There has already been a response from the education community. Pearson, the education company that owns the Edexcel exam board, today announced plans to pilot a 'Next Generation' Computing Science GCSE from September 2012.

The organisation said it was working with some of the world's leading tech companies to draw up a course design.

Pearson said it will also be reviewing its existing Edexcel GCSE ICT qualifications, as well as its BTEC and DIDA courses in ICT to see what changes could be made in light of the Government's loosening of control.

"In the age of the laptop and the smartphone, it should be obvious to all of us in education that young people want to be able to develop their own software, write their own programmes and turn those ideas into great technology companies," said president of Pearson UK Rod Bristow.

"We need to give them the basics to go on and study computing and get jobs in the technology sector."

Awarding body OCR is showing off its own Cambridge Nationals in ICT qualifications for 14 to 16 year olds at the BETT conference.

Due to be launched in in schools and colleges for teaching from September 2012, the Cambridge Nationals are designed to build "depth and breadth of understanding of ICT systems," whilst introducing programming and coding.

Initial reaction to the Government's announcement from the tech sector has been positive.

"It is essential to the future of the British economy that we address the shortcomings in ICT education and help school children and students to maximise their potential failure to do this will result in a detrimental skills shortage for IT in the very near future," said Phil Smith CEO Cisco UK and Ireland.