A judge rules Richard O'Dwyer can be extradited to the US where he is alleged to have breached copyright law. 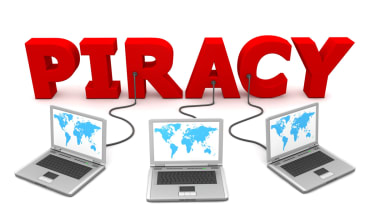 A student accused of breaching piracy laws is facing extradition to the US, where he could get up to five years in jail.

Sheffield Hallam student Richard O'Dwyer, the 23-year-old behind the TVShack website, lost his case at Westminster Magistrates' Court, but his lawyer indicated an appeal would be made.

US authorities believe TVShack, which O'Dwyer's lawyer Ben Cooper claimed hosts links to content rather than the actual content itself, breaches copyright laws.

The case was brought by the US Customs and Border Protection agency and no criminal charges were lodged by British authorities. TVShack was shut down by US authorities.

A 19-year-old British kid built a search engine, gets sued by US Government and is now fighting extradition to USA.

O-Dwyer's mother, who told the BBC she was not fully aware of what her son's website did, said Britain's extradition treaty with the US was "rotten."

Some from the tech industry have expressed their opinions over the case on Twitter.

"A 19-year-old British kid built a search engine, gets sued by US Government and is now fighting extradition to USA," said Mikko Hypponen, chief research officer at security firm F-Secure.

The case comes at a time when the Government is under pressure from MPs to review how it handles extradition hearings.

An independent review of the UK's current extradition arrangements carried out by Sir Scott Baker in 2010 claimed the current treaty between the US and the UK was fair.

However, the Joint Committee on Human Rights has called on the Government to renegotiate the UK-US agreement to ensure UK citizens get equal treatment to Americans.

The case of Gary McKinnon, who was accused of hacking into US military and NASA systems, continues as he also looks to avoid extradition.