Orange didn't tell Tom Brewster he was going to lose his data bundle. Here's why it has made him angry... 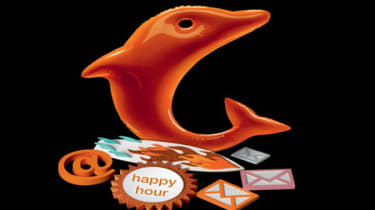 COMMENT The first data shock is the deepest. At least that's how I feel following my first encounter with an unfeasibly high data bill.

Like any upstanding technology journalist, I regularly check my mobile bills, just to ensure there aren't any unaccountable charges. So when I saw a 33 charge for data in a month where I did not download any apps nor use the internet excessively, I was a tad baffled.

Thrust into this state of bewilderment, and with a face redder than Steve Ballmer on a bad day, I grabbed my mobile and dialed up Orange's minions demanding they tell me why they were going to suck away more of my measly funds than usual this January.

What had happened, I was duly informed, was that my contract had finished. This meant the data bundle was taken off of it, yet I was still on the same voice deal. Therefore my bill for just 257.2293MB of data stood at 33.20. In previous months data had cost me nothing. Already I was perturbed as to why this was the case.

Perhaps I should have kept on top of matters better, but at no point had I been warned this would happen. I had received no calls advising me to change contract, nor any guidance from Orange whatsoever on the issue. Maybe this pernicious little proviso is kept hidden in small print I should have read somewhere, but the fact that I was not forewarned is more than frustrating. It gets worse though.

I was told by the - admittedly very helpful - Orange customer service employee that people with older deals were not warned their contracts were coming to an end, nor were they told they would lose money-saving data bundles. Yet those with relatively new contracts (he didn't divulge exact dates) would get such a warning. Why is there a difference? Why punish older, possibly more loyal customers? I, nor Orange, appear to have much of an idea. Shocking. The customer service employee even agreed it wasn't particularly helpful practice.

I also understand T-Mobile, now part of the same company as Orange under the Everything Everywhere umbrella, does inform customers their contracts are close to their end. Bemusing, no?

Now, I have been promised 50 in credit. Yet I will still have to pay a 65.24 bill this month. For anyone who can just about live within their means, such a charge is incredibly irritating. It certainly makes my life harder this month, but I wonder how people who have even lower wages than myself or those who've recently been made redundant would feel if faced with similarly exasperating circumstances? At least it won't happen again in the future. To me, anyway...

At the time of publication, Orange's press team had not responded to a request for more information on my situation.

Oh and in case you didn't notice, Orange increased the cost of monthly plans by 4.34 per cent from 8 January. Good times.

UPDATE Orange have confirmed they do not forewarn customers that their contracts are coming to a close. The company said it had carried out research indicating customers preferred not to be bothered.

Strange then that T-Mobile lets customers know. Perhaps when Orange is no more and is fully part of Everything Everywhere it will change its position.

Orange said it was currently reviewing the matter, however, so changes could come sooner. The company is yet to confirm whether businesses are treated the same as consumers.

One wonders why Orange do not simply let the customer decide whether they want to be informed or not. If it did that, Orange would avoid upsetting certain curmudgeonly people like myself.