Tech giants plan to permanently switch on their IPv6-compatible systems by summer. 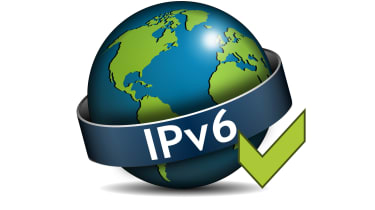 The switch to IPv6 from IPv4 is gathering momentum with the announcement that the World IPv6 Launch day will take place on 6 June.

A host of tech giants have jumped on board, saying they will ensure their technology is compatible with IPv6 traffic, organisers the Internet Society said.

Companies including Cisco, Facebook, Google and Microsoft are taking part, as IPv4 addresses get close to running out.

As there are more IPv6 services, it becomes increasingly important for companies to accelerate their own deployment plans.

Outside of compatibility problems associated with this, cyber criminals could use IPv6 traffic to bypass firewalls and security appliances, some of which will not have been configured to pick up on IPv6.

"The fact that leading companies across several industries are making significant commitments to participate in World IPv6 Launch is yet another indication that IPv6 is no longer a lab experiment; it's here and is an important next step in the internet's evolution," said Leslie Daigle, the Internet Society's chief internet technology officer.

"And, as there are more IPv6 services, it becomes increasingly important for companies to accelerate their own deployment plans."

Last year, tech companies organised World IPv6 Day, which saw them testing out technologies in preparation for the switchover.

All businesses were called on to use the day as a test for the shift.

"Last year's industry-wide test of IPv6 successfully showed that the global adoption of IPv6 is the best way to keep web devices communicating in the future," said Jay Parikh, vice president of infrastructure engineering at Facebook.

"Permanently enabling IPv6 is vital to keeping the internet open and ensuring people stay connected online as the number of web users and devices continues to grow."

At Google, almost all its services will be available over IPv6 permanently from 6 June for everyone.

"It will take years for the internet to transition fully to IPv6," said Erik Kline, a Google IPv6 software engineer in Tokyo, in a blog post.

"Permanently enabling global IPv6 access to Google services has been our goal since we first began our IPv6 project more than four years ago."