Inside the Enterprise: Apple's Siri has popularised using voice to control our devices. But the real potential lies in voice biometrics. 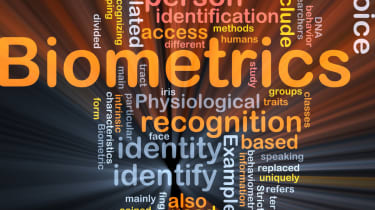 Apple's Siri voice recognition technology for the iPhone is fun, though perhaps limited in its business applications. While the idea of controlling a computer or phone through voice commands is not exactly new, it has taken advances in processing horsepower such as the iPhone 4S's A5 chip to make it practical.

Before Apple entered the market, voice control systems tended to be either experimental and limited in their capability think of Orange's Wildfire voice-driven "personal assistant", which the operator discontinued in 2005 or very high end, such as the technology used by fighter pilots. But voice has plenty of everyday applications, especially in fields such as transport, logistics and manufacturing, where hands-free controls are sometimes the only way to make using technology safe, or practical.

Another growth market for voice, is voice biometrics. Again, this has been around for a few years now, with the first large-scale systems deployed in the late '90s. Over the last decade, companies including banks and mobile phone operators using voice "prints" in place of PINs. By 2010, around five million voice prints where in use worldwide, according to Nuance, a voice technologies vendor.

Today, that figure has doubled, to 10 million, and it is expected to reach 25 million by 2015. According to Opus Research, an analyst firm specialising in the sector, take up is being driven by a greater use of voice biometrics for customer authentication, especially in financial services. Companies developing the technology include CSIdentity, Fujitsu, and ValidSoft, which sponsored the Opus Research study.

The use of voice biometrics is likely to grow steadily, as the technology becomes more accurate, and more responsive. One drawback of early voice systems is that they were not as reliable as other identification checks, such as PINs or other biometrics, such as fingerprint scans.

Users of the technology had to balance potentially higher "false positives" or "false accepts", where someone is allowed into a service who should not be, or a higher rejection rate for genuine customers than would be the case with other systems. Factors such as background noise, a poor mobile phone connection, or even a heavy cold, were enough to fox early consumer voice recognition systems.

Improved algorithms, faster processors and even better microphones on mobile handsets have helped to address accuracy. But there is another driver. As Opus Research points out, companies are being forced by regulators and by the damage done by security breaches to bolster controls over access to their data.

Businesses like voice biometrics for two reasons. The first is that it needs relatively little technology, at least at the user end. There is no need to issue ID tokens, PIN readers or other devices. All the user needs is access to a phone.

The second reason is that voice systems are less intrusive for users than other biometrics. Public, and even employee, acceptance of fingerprint, iris or facial recognition remains a barrier, at least outside high security environments such as airports. Add to this the fact that companies using voice biometrics can outsource most of the technology, and it is easy to see why the sector is increasingly bullish.

And it beats having to ring up to ask for a new PIN.