Local Government: We don't care about G-Cloud... yet

G-Cloud isn't too popular amongst local authorities right now, but the project's momentum could galvanise excitement later this year. 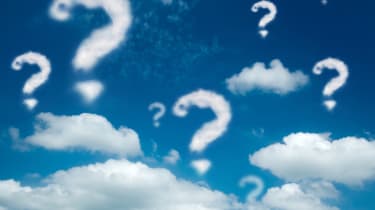 Local public service providers remain unconvinced about the G-Cloud's prospects, according to a report.

A Socitm survey of 600 local authorities discovered there was little enthusiasm for central Government's G-Cloud project, saying it was "too immature to make a significant impact."

The G-Cloud has been slow in arriving, leading to a lack of excitement amongst local Government bodies, Socitm's Roger Marshall told IT Pro.

It's much tougher to deliver those things than talk about them.

"[G-Cloud] hasn't yet gotten anywhere for our base of users," Marshall said. "It has been slow to emerge."

"It seemed to have taken a bit of a backseat but that looks set to change this year," he added. "People are much more comfortable with cloud now."

John Serle, the editor of the Socitm IT Trends report, said local bodies were concerned about whether the Government would deliver on its promises.

"When the Government announced its intentions, everyone said 'great,'" Serle added.

"But it's much tougher to deliver those things than talk about them."

The G-Cloud has stuttered into life. Announced by the Labour Government in 2010, it looked as though the initiative had come unstuck in the early stages of the Coalition's tenure.

When HP's UK managing director said G-Cloud was to be canned and replaced by straightforward datacentre consolidation it looked as if the initiative was set for the scrapheap.

The Government subsequently refuted the claims and the G-Cloud project gained some momentum again in the second half of 2011.

A G-Cloud tender was put out late last year and received so much interest the deadline was extended twice. A website promoting the Government's cloud plans and linking to the G-Cloud strategy was also recently set up.

Nevertheless, the Government was criticised by cloud tsar and Salesforce.com CEO Marc Benioff in September for taking too long to get cloud going.

Where did all the jobs go?

The Socitm report also detailed a shocking decline in public sector IT jobs.

Over the past two years, 5,000 jobs have been lost as local authorities spend more money on contractors.

Just 38 per cent of local authorities' IT budgets are going on permanent staff, far lower than in previous years.

Meanwhile, locally authority budgets are set to be cut by an average of four per cent in 2012, hindering any hopes of innovation in councils.

"Everyone has got their heads down and attempting to cut costs," Serle said.

In more positive news, local Government IT departments have taken a big U-turn on acceptance of workers using their own devices.

Over 90 per cent of respondents said they were happy to let the workforce use their home PC to carry out work functions.

"Just two years ago, there was fierce resistance to it," Serle said. "But it's a great solution to the high cost of technology."