Despite IT budgets being slashed and Cisco's eagerness to impress investors, the networking giant will not rethink its pricing strategy. 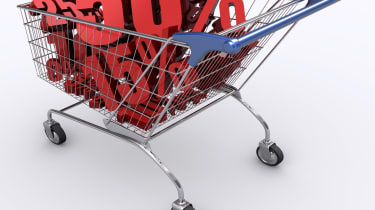 Cisco will not be reviewing its pricing strategy in 2012, even in the face of reduced IT budgets across the globe.

Customers IT Pro and others have spoken to have cited Cisco's premium prices as off-putting, when compared to cheaper offers from competitors.

Cisco, which is in the midst of major strategic changes, will not budge on pricing anytime soon though, according to Ian Foddering, chief technical officer and technical director for Cisco UK.

"We will always look to remain competitive but there will not be any wholesale change," Foddering said.

Cisco's refusal to budge on pricing will disappoint IT departments looking to make more out of less. UK councils, for instance, look set to have budgets cut by as much as nine per cent in 2012, according to a Socitm report released yesterday.

We will always look to remain competitive but there will not be any wholesale change.

CEO John Chambers called on Cisco to refocus on it's core strengths namely networking - in 2011 after repeatedly disappointing investors.

This has led to various consumer products being sent to the scrapheap, including Flip cameras and the umi videoconferencing offering.

Yet a pricing rethink does not feature in Cisco's re-organisation plans.

And now for some good news...

Cisco's refocusing has led to job losses too, but Foddering told IT Pro he does not believe there will be any more redundancies this year, even in the face of a difficult financial climate.

"I don't foresee any further changes," he added.

Whilst he could not provide any figures for how many UK workers were made redundant, Cisco spokespeople said the majority of job losses were in the US.

Many people in the UK who did lose their roles did so voluntarily, according to the Cisco spokesperson.

The company will hold its premier event, Cisco Live, in London at the end of the month.

Check back on IT Pro for all the latest news from the event when it kicks off on 31 January.