Otellini is over the moon with Intel's impressive results, although Atom processors perform poorly. 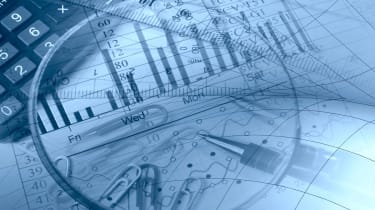 The results were delivered even after warnings from Intel its results could take a hit from the Thailand floods, which have hit supplies of hard drives.

Intel's full-year revenue came in at $54 billion, whilst profit stood at $12.9 billion.

"With outstanding execution the company performed superbly, growing revenue by more than $10 billion and eclipsing all annual revenue and earnings records,"

"With a tremendous product and technology pipeline for 2012, we're excited about the global growth opportunities presented by Ultrabook systems, the datacentre, security and the introduction of Intel-powered smartphones and tablets."

The company has promised to invest more in chips for mobile devices a sector it has yet to get a real grip on. It still remains the dominant force in the PC sector by some way, with revenue of $35.4 billion coming from the Intel PC client group, up 17 per cent from 2010.

The only real disappointment for Intel was its Atom line which saw revenue dip 25 per cent to $1.2 billion. The company will hope promises from manufacturers such as Lenovo and Motorola, who have pledged to use Atom processors in new devices this year, will boost Atom's performance.