The internet giant dumps the Google Message Continuity product to focus on its Apps lineup. 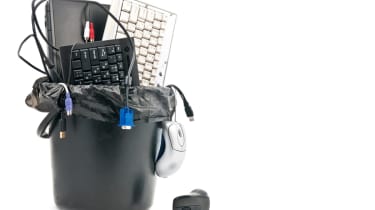 Google has continued to realign its services, cutting away unwanted fat to ensure it isn't wasting time and money on unneeded products.

The internet giant said it wanted to focus on Google Apps, which includes an email disaster recovery capability.

All GMC customers can continue to use the service until their contract runs out.

We've been sticking to some old resolutionsthe need to focus on building amazing products.

The Needlebase data management platform, acquired from ITA Software, is also set for the scrapheap on 1 June 2012 and is being considered for integration into other Google services.

"As we head into 2012, we've been sticking to some old resolutionsthe need to focus on building amazing products that millions of people love to use every day," said Dave Girouard, vice president of product management at Google, in a blog post.

"That means taking a hard look at products that replicate other features, haven't achieved the promise we had hoped for or can't be properly integrated into the overall Google experience."

Picnik, the online photo editor acquired in 2010, has been ditched and will be put to rest on 19 April. The Picnik team will continue to work at Google, however, contributing to other photo software.

Google has made the premium version of Picnik free to everyone until it is killed off. Those who have already paid for a premium suscription are to be given a full refund in the coming weeks.

The Social Graph API, which made data about public connections between users available to developers, will be retired on 20 April. It was not getting the adoption Google wanted.

Google is still placing a heavy emphasis on a more social experience for its users, recently updating search to reflect this.

However, the changes came under fire from Twitter, which claimed Google was warping results so users would not be presented with the most valuable results.