The telecoms giant starts testing 4G connections at a London store, saying it wants to commence trials with consumers soon. 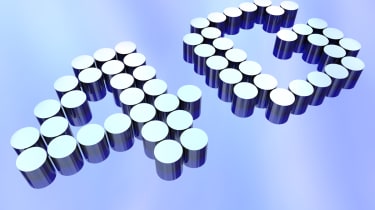 Virgin has trialled 4G connectivity at its Oxford Street store in London, hinting it may bid in the Ofcom-run auction scheduled for the end of 2012.

The telecoms giant placed a small cell, hooked up to the shop's broadband connection, on the outside of the store and tested connectivity using a laptop and a 4G dongle, delivering speeds of around 10Mbps.

Virgin said it was not certain it would be bidding in the auction, however.

This was a technical trial, so we were testing how far it went, how robust the coverage was and the speeds it was doing.

A spokesperson told IT Pro it was only something Virgin was considering, nothing more.

"Ofcom were quite explicit about encouraging new entrants into the market, which is an encouraging sign," the spokesperson said.

"They are looking at making the sort of spectrum that we would look to use available, not just for the big mobile operators. So there is potential here for the market to open up."

The company started testing the 4G technology in December and is continuing to do so, although it is not running actual applications over the connection yet.

"This was a technical trial, so we were testing how far it went, how robust the coverage was and the speeds it was doing," the spokesperson added.

"We were measuring the coverage rather than using any applications."

Virgin confirmed it was looking at opening up the trial to consumers in the near future. The company has a history of trialling in Ashford, where 50Mbps and 100Mbps have been tested out, so the Kent town could be used for 4G.

"There's a huge challenge to meet this growing demand for connectivity and we're looking at ways to put the power of our fibre optic network where people need it most, both inside and outside the home," a Virgin spokesperson added.

"We're working closely with partners across the UK to develop our proven Wi-Fi solution and our recent 4G trial proved the capability of our small cell solution."

Other telecoms firms outside of the major mobile operators 3, Everything Everywhere, O2, Vodafone have expressed an interest in 4G.

Last year, BT expressed concern Ofcom's auction was devaluing the spectrum by requiring 2Mbps mobile broadband cover a minimum of 95 per cent of the UK's population. This would mean a lower cost of spectrum and would therefore be tantamount to state aid, BT argued.

Nevertheless, it carried out the first 4G trial in the UK last year, in partnership with Everything Everywhere.

"This will help to enable new innovative solutions that will bring benefits to UK consumers," a spokesperson said.

BT will most likely be interested in 2.6GHz spectrum, as it could be useful for providing improved Wi-Fi coverage. However, BT has not confirmed whether or not it will bid.

Ofcom also said last week it would no longer guarantee Everything Everywhere spectrum, having originally planned to hand the provider a "small amount" of 800MHz spectrum.