The security giant advises users against running pcAnywhere until it has fixed vulnerabilities highlighted by a source code leak. 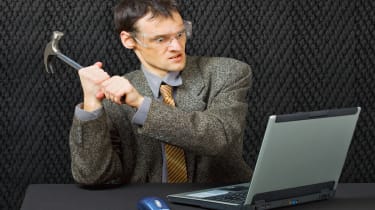 Symantec is telling IT departments to disable its remote access software solution pcAnywhere after a source code leak meant the product faced an "increased security risk."

The security giant said it was reaching out to customers to warn them of additional dangers, after it admitted source code relating to various products was stolen.

Hacktivist group Anonymous had threatened to release Symantec source code earlier this month, leading the Norton provider to admit a breach in 2006 had compromised information.

Symantec recommends disabling the product until we release a final set of software updates.

Prior to today's revelation, Symantec had simply asked IT departments to ensure best practices with pcAnywhere use. The reviewed advice indicates the 2006 hack exposed more than initially thought.

"Symantec has taken an aggressive position to ensure pcAnywhere customers are protected. At this time, Symantec recommends disabling the product until we release a final set of software updates that resolve currently known vulnerability risks," a spokesperson said.

"For customers that require pcAnywhere for business critical purposes, it is recommended that customers understand the current risks, ensure pcAnywhere 12.5 is installed, apply all relevant patches as they are released, and follow general security best practices."