We chat with Laurent Blanchard, Cisco's vice president of enterprise, to ask why IT should get excited about what the networking giant can offer. 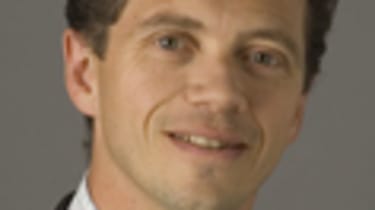 We can make video data intelligent. You can do a search on videos now, for example. So you can search for what someone said or for keywords.

Going back to cloud, how much traction have you got within service provider data centres?

We do work with the traditional service providers, like Amazon and Google.

A lot of the talk at Cisco Live has been around providing better than 'good enough' networks, rather than premium ones like Cisco claims to offer. But a lot of IT managers are happy with good enough as long as it has got a low barrier of entry. Do you worry some of the cheaper providers are going to steal business away from you in the current climate?

I think the trend from the IT and CIO/IT manager side, the big one, is the move from Capex to Opex. When you look at the cost of running an operation, most of the cost is not the initial investment, it's running it.

You can go and buy a very cheap server with no security built into it, but it is going to cost you a lot of money after that.

But then you have the business angle which is continuously pushing you to get a new environment, new devices to be supported. Actually, what you're looking at is elasticity and agility at a cost which is the lowest cost.

We're clearly looking at the total cost of ownership (TCO), the cost of running the operation, as well as doing no compromise on security.

You can go and buy a very cheap server with no security built into it, but it is going to cost you a lot of money after that. Security is an environment where we feel there is no compromise and today it is one of the top asks of the CIO.

Can you prove that your TCO is lower than others?

We have very large companies who've done this. Let's take banking firm ING, they moved into a solution using UCS for virtualisation and they've been consolidating many servers they have IBM, HP, Dell servers. They have been consolidating using Cisco technology UCS with a VMware hypervisor and EMC. The cost of what they are running is lower than what they had before.

I don't like overall studies covering this because each environment is different, but I can tell you we would not have gotten to 10,000 customers if the competition was cheaper.

I've been at HP where I sold x86 and you would sell it, sell it, sell it. But if you don't have any differentiators, you are under an additional pressure margin. This is not where we want to play.