What can Intel bring to the smartphone market?

Record profits. Dominance in the desktop sector. Turnover of over $4 billion a month. It’s good times for Intel, then. So what will it bring to the world of smartphones? Simon Brew has been taking a look… 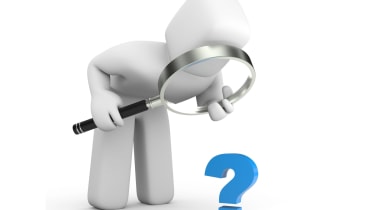 The Coca-Cola Company missed a trick about a decade ago. Whilst its main product, the beverage of its company's name, was the best selling cola, its main rival was quicker to spot something it didn't.

Pepsi, off the back of rebrands of middling successes, spotted that the market was moving away from brown fizzy drinks. Instead, demand was growing for healthy alternatives, or just something different to drink. Pepsi, thus, diversified quicker and more successfully, leaving The Coca-Cola Company playing catch-up. It lost the cola battle, but had more joy in the broader soft drink war.

Laurels are not being rested on, though.

In the processor market, then, AMD has long since been left in Intel's rear-view mirror. With the flawed released of its Bulldozer architecture, AMD's processors are fighting a tough battle in both the server and desktop spaces. And while it's doing that, its main rival Intel is expanding still further into other areas. It's dominating its current market, and diversifying too.

Intel recently announced record profits for 2011, with net revenues of $54 billion and net income of $12.9 billion. The firm is now making over $1 billion in profit every calendar month, and in its main business area, it looks set to retain a very healthy lead for some time to come.

Laurels are not being rested on, though. Keen to diversify its business where possible, Intel announced at the start of 2012 that it was looking to move into the smartphone market. Given that this is an area of the technology business where growth is still ferocious, it's perhaps surprising it's taken so long to make its move. Yet it has, as you might expect, ambitious plans.

The firm has already announced deals with both Lenovo and Motorola Mobility (itself now a part of the Google empire, assuming regulatory clearance), and Intel CEO Paul Otellini showcased one of the first fruits of these partnerships, the Lenovo K800 smartphone, at CES back in January.

The K800 is a phone running Android, and packed inside is a new Intel Atom processor variant. It's nothing in itself to send the likes of Apple and Samsung back to the drawing board, and you sense that there's a tricky battle ahead for Intel. But it's nonetheless a significant move, and the starting point for something set to be a whole lot more substantive.

The firm left people in no doubt: Intel was looking to break the smartphone market, and was going to do its damnedest to do so.

The question, though, is what can Intel bring to the smartphone market, outside of its brand name?

Where Intel has succeeded in the processor market over the past five years or so, and where AMD has stumbled, is in marrying up efficiency and performance. From the release of the Core 2 line, it's successfully embraced the possibilities of multi-core processors, bringing to a stop the brute force arms race of speed at all costs in the field of CPUs (although it made more than a few mistakes before it changed course onto that particular path).

That said, even its current range of processors were still regarded as too power-hungry for smartphones, in spite of the success Intel enjoyed with earlier variants of its Atom CPUs in netbook computers.

However, its acquisition of Infineon Technologies' Wireless Solutions business at the start of 2011 (which it named its Intel Mobile Communications unit) in turn kick started the latest evolution in Intel's plans. For Wireless Solutions' expertise was in providing the key technologies required on a single, small, energy efficient chip. It was, perhaps, the missing part of the Intel jigsaw.

What Intel will immediately bring to the smartphone market, then, is some heavy competition. Appreciating that it's a long way behind the market leader in this sector, ARM, it's nonetheless put itself in a strong position to compete.

Signing up Lenovo and Motorola Mobility, granted, is hardly likely to make too much of a dent, but the firm is clearly eyeing further tie-ups, that will see its technology at the heart of a fleet of smartphone and tablet devices.

That's where, hopefully, the benefits will trickle down to the end customer.

Intel is likely to focus on keeping such products as slim as possible, with its commitment to Ultrabook products (which again, puts it head to head with AMD) already known. Intel has, after all, already declared that 2012 will be the year of the Ultrabook, complete with touchscreen and voice recognition technology, and it takes no genius to tie together the inroads in one area of the market with plans for the other.

Nor does it take a genius to conclude what Intel's driving reason for entering this market in the first place is. The dominance of ARM in a sector that's set to see smartphone sales overtake PC and laptops in 2012 means there's a sizeable pie that Intel has very little of. With a large warchest to do battle with, and with its technology now in place, the next few years will see a heavy Intel assault on the sector, as it seeks to further grow those record profits.

In order to do so, it'll need to provide some compelling technology or financial incentive for partners to side with it (ideally both), and that's where, hopefully, the benefits will trickle down to the end customer. Intel's track record in the processor market has rarely seen it be the cheaper, but its research and development work, combined with its price competitiveness, is bound to cause ramifications in the broader market.

The short term, though, will see Intel attempting to sign up more partners, and trying to convince them that its alternative is both relevant and worthwhile. What's perhaps, the more intriguing question now is just how will ARM react to a major, cash-rich company taking it on, head to head?

Expect the answers to that in the months ahead.