FTTP 'on demand' will be ready for customers next year after BT does another trial this summer. 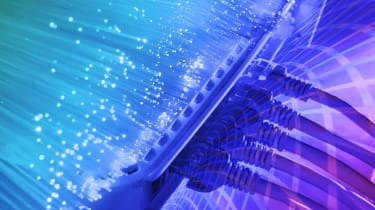 BT today announced a Fibre-to-the-Premises (FTTP) on demand' offering, which will let businesses and individuals ask for up to 300 Mbps services when they want it.

It will not be true 'on demand,' however, as customers will not be able to choose short-term contracts when the initiative launches in spring 2013.

The announcement came after a successful trial of FTTP on demand in St Agnes, Cornwall. The offering will be available in any area where BT has fibre coverage.

Another trial will take place this summer ahead of the 2013 launch.

"Anywhere within a Fibre-to-the-Cabinet (FTTC) footprint, should a business or a home customer demand it, basically they will sort of splice into the network," a BT spokesperson told IT Pro.

"Because it is Openreach doing this there could be a number of ways that it will work. It could be offered on a wholesale basis, so say for instance BT Retail or another ISP could decide they want to offer this to customers or SMEs wanting this. They could then either pass on the cost to their customers or it might be they decide to absorb the cost themselves.

"Local authorities might decide that as part of their plans, they might have a local business park and there are funds to [get FTTP there] as well."

BT is currently in the process of rolling out fibre to two-thirds of the UK, which it expects to complete by the end of 2014.

Seven million premises can currently access fibre broadband over BT's network and this figure will rise to 10 million by the end of this year.

Virgin recently announced it was to double the speeds for all of its four million broadband customers, but it won't be finished until next year.

Today also saw some solid results for the third quarter ending 31 December coming out of BT. Whilst revenue was down five per cent year-over-year, profit rose by three per cent.

Openreach was the star performer of the quarter, posting a seven per cent jump in profits. BT may be concerned about its Retail division, which sells products like the Infinity fibre offering, as it saw flat growth in profits and a five per cent dip in revenues.

BT chose to blame the weather for the six per cent dip in consumer revenue, claiming calls and lines revenue and lower call volumes in part reflected "the warmer weather compared with the same quarter last year."

"Our fixed-line base has now grown for the last five quarters and our active consumer line loss is at its lowest for five years."

BT expects to achieve its profit target of 6 billion a year in 2012, Livingston added.