What should RIM do to recapture the attention of businesses?

We asked some of the experts on our IT Pro Leader Board what RIM should do next to help elevate its status in the enterprise space. Here’s what they had to say… 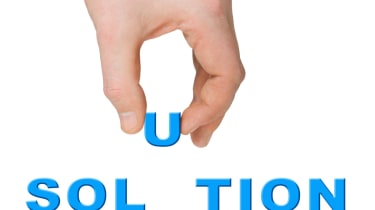 Over the last few years it is safe to argue that RIM has not had the right strategy and has underestimated the impact of the devices designed for the consumer space.

RIM, it would seem, has also become complacent with its current market share of the corporate space. This was based on the perception of the security model, which turned out to be unfounded.

For RIM this is harsh realisation that Blackberry is no longer an exclusive corporate device.

Today, with the implementation of Mobile Device Management (MDM) the same level of security can be achieved, which opens the corporate environment up to a plethora of devices designed for the consumer market that have a better functionality and require a less infrastructure complexity to deploy.

More importantly, this approach is also giving the corporate space more options when aligning itself with a device. For RIM this is harsh realisation that Blackberry is no longer an exclusive corporate device.

This exposed RIM. It opened its platform up to the holy grail of app development as well as attempting to bring to market a tablet that is more geared towards the consumer space.

RIM is in an immediate need of a strategy overhaul. It has clearly lost the battle in the consumer space and, after this year's performance, both with the loss of service and the impact it had in the Middle East, it is in serious risk of losing the battle in the corporate space.

The market has become saturated with devices and vendors with a better value proposition and there has been a trend of big mobile device makers aligning themselves to big technology providers building alliances for the future such as Ericsson/Sony, Nokia/Microsoft, and Motorola/Google. There is not much left for RIM.

It appears that RIM will have to survive on its own. In order to do that it will have to concentrate on its core and existing market share, leveraging the fact that it is still strong in the corporate space.

The devices design needs an overhaul. It needs to deliver a bigger screen and a better document presentation and a much better integration with Microsoft Office."