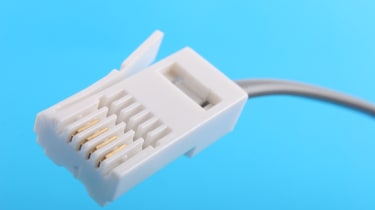 BT will consider appealing an Ofcom decision to cap the service provider's wholesale charges, if it goes through.

Ofcom said it was going to cut BT Openreach's Local Loop Unbundling (LLU) and Wholesale Line Rental (WLR) prices, which would make it cheaper for the likes of Sky and TalkTalk to offer broadband over BT infrastructure.

It is now up to the European Commission to decide if the caps will be enforced, as Ofcom is required to send charge control proposals to the EU body. A decision must be made within one month.

We disagree with some of the underlying assumptions that they have used to determine these charge controls.

BT said it was concerned by Ofcom's announcement, in particular taking umbrage with the basis of the regulator's capping.

"Whilst the prices are within the range outlined by Ofcom in November, we disagree with some of the underlying assumptions that they have used to determine these charge controls," a spokesperson said.

"Our primary concern throughout this process is to ensure that we are able to achieve a fair rate of return in order to continue our investment in the future of the UK's communications infrastructure. We will consider all options available to us, including appealing, after Ofcom confirms its final decisions."

For fully unbundled lines running from the cabinet to a property, where ISPs rent the line to provide broadband and telephone services, Ofcom wants Openreach to cut prices from 91.50 to 87.41 for the financial year 2012/13.

For wholesale line rental, where providers take over the whole Openreach line to provide services, the price would go down from 103.68 per year to 98.81.

Where ISPs are renting the line between the cabinet and the premises solely for broadband, the cost would drop from 14.70 per year to 11.92.

Prices will continue to go down in future years in accordance with inflationary pressures.

As for why Ofcom felt compelled to clamp down on BT pricing, a spokesperson told IT Pro the telecoms giant's prices did not satisfy certain criteria.

"We have a model which has various inputs going into it and we reach our conclusions based on the inputs that are going into that model," the spokesperson said.

"The main ones are cost of capital, volume of lines we forecast Openreach to be serving over a certain period and also the rate of efficiencies that BT Openreach will make going forward as well. They are the three main components. Based on our analysis, we set our draft controls today."

Ofcom is obliged by the European telecommunications framework to review the market every three years.

The price caps could see the cost of broadband provided over Openreach infrastructure go down, although that lies in the hands of the ISPs.

"We expect the savings to be passed onto consumers," the Ofcom spokesperson added. "That's what has happened in the past. Obviously these are wholesale prices, so it doesn't mean an ISP has to cut prices."

BT is also facing pressure to cut its fibre wholesale prices, even though it cut them last year following pressure from rival ISPs.