Who to trust after the VeriSign hack?

Davey Winder questions what data was stolen from VeriSign and wonders why the company hasn't been more forthcoming. 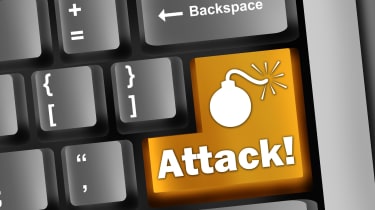 This is something Rob Rachwald, director of security strategy at Imperva, picked up on when he noted "a growing number of web applications are delivered over the HTTPS protocol (HTTP over SSL) with attackers increasingly focusing their attacks against the various components of SSL." Rachwald claimed his researchers are already seeing a rise in attacks which target the worldwide infrastructure that supports SSL.

The potential for some nasty security surprises is going to linger for a while.

"A valid digital signature is a crucial requirement of 64-bit operating systems whenever a critical piece of software tries to install itself. VeriSign is one of the most important enterprise trust authorities in the world, which delivers people safely to more than half the world's websites," Cosoi said.

Cosoi concluded his statement on the breach disclosure with a worst case scenario, painting a picture of "several phishing attacks with valid certificates that browsers will render as legit" and which would "potentially yield a huge level of data that could be exploited for financial gain."

But there is one small detail that just about everyone seems to be missing here: there is absolutely no evidence to suggest that the SSL certification network was compromised at all. In fact, it would appear more likely to have escaped intact.

First of all the SSL certificate and code signing side of the VeriSign business was acquired by Symantec in 2010, at a time when Paul Meijer was director of infrastructure operations. Meijer continues that same role now for Symantec Authentication Services (which includes SSL and PKI amongst others) and is insistent that the authentication networks were not compromised by the breach.

Meijer said in a blog post that "at the time the breach occurred, VeriSign was running a separate production network to host the Authentication Services 'Cloud' of SSL, PKI, VIP, and FDS."

"Symantec's production network is completely separate from VeriSign's corporate network. Additionally, our development environment also resides on a separate network from the corporate systems network, and is hosted only in a Symantec-owned facility. Finally, the VeriSign root keys, which form the basis of SSL trust, are kept in an offline state and are never accessible on a network."

I'm not usually one to stand up for Symantec, but on this occasion it would seem that 'what if' fever has infected the media and security vendors alike, when there is nothing to actually suggest SSL certificates have been compromised.

I am not, for one moment, underplaying the seriousness of the breach. The potential for some nasty security surprises is going to linger for a while. Yet what the media, and anyone with an interest in keeping their data secure, should be doing is not speculating about certificate-based transactional security but rather putting pressure on VeriSign to come clean and tell us what was, as opposed to what was not, hacked.