Despite early predictions of just 50, the director of the G-cloud reveals the number of services has rocketed since the tender. 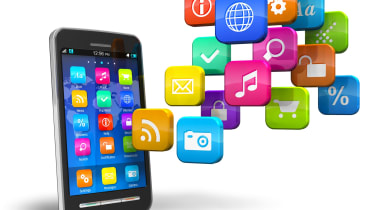 The Government app store - to provide public sector departments with cloud services - is set to launch with more than 1,700 choices.

Chris Chant, director of the G-cloud project in Whitehall, today told Cloud Pro the number had far exceeded expectations and they were working hard to get assurance completed to offer the services as soon as possible.

"When we first discussed it, we came to a number of 50 for launch," he said. "Some thought higher, some thought lower, but even at our most ambitious we were only talking about 200."

Better competition was always at the heart of this...

However, the response to the 60 million tender was better Chant could have hoped, and now the app store is set to be bursting at the seams with cloud services for the public sector to take advantage of.

When the tender was published in October, the aim was to encourage as many small and medium businesses (SMBs) to get involved as possible and Liam Maxwell, director of ICT Futures at the Cabinet Office, revealed to Cloud Pro two weeks ago the goal had been achieved.

Chant backed up Maxwell's figures and said he was excited by what the new blood could do for innovation in Government IT.

"The increase of competition is such a key part and SMBs have so much to offer," he said. "When large companies buy up SMBs, the first thing to go is service. A smaller firm might be able to offer the same [product] for a slightly higher price but they can offer the service; which are you going to go for?"

"Better competition was always at the heart of this and these companies [will drive] each other to offer more [than the last]."

However, the next step is getting government departments and public sector organisations to adopt. Although Chant admitted not everyone would move straight away, he was confident that the numbers fell in favour of the app store.

"Not everyone is ready to migrate straight away and there are still a few of those long term contracts in place, [but] I would say 80 per cent are ready to [adopt] something from the Government app store," he said.

Chant and his team aim to launch the app store before the end of February, following an accreditation event - to help businesses getting involved to get their apps signed off - and a buying event - for public sector IT workers to get to grips with what will be on offer. A second iteration is then due for launch before Easter.