Trendnet says it has issued a firmware fix for a load of its vulnerable IP CCTV cameras. 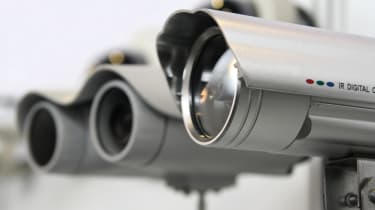 A flaw in Trendnet firmware has led to the breach of thousands of IP CCTV camera feeds, exposing people's private lives.

Users' video streams, including those of children's bedrooms, have reportedly been compromised and links pointing to them placed online.

Trendnet said it is rolling out a fix to affected customers.

"Trendnet has recently gained awareness of an IP camera vulnerability common to many Trendnet SecurView cameras," the company said in an official statement.

"It is Trendnet's understanding that video from select Trendnet IP cameras may be accessed online in real time. Upon awareness of the issue, Trendnet initiated immediate actions to correct and publish updated firmware which resolves the vulnerability."

Trendnet SecurView Cameras bought between April 2010 to now may have a firmware vulnerability.

Trendnet is aware that this IP Camera security threat may affect your confidence in Trendnet solutions.

Yesterday, the company said it was working to publish all outstanding firmware within the next 48 hours.

"Trendnet is aware that this IP Camera security threat may affect your confidence in Trendnet solutions. Trendnet extends its deepest apologies to consumers which may be impacted by this issue," the company added.

The company advised concerned customers to email ipcam@trendnet.com if they had any urgent enquiries.

A spokesperson told the BBC the company had not actually issues a formal media release even though it first became aware of the issue on 12 January.

A total of 26 models are affected by the flaw and the company is "scrambling to discover how the code was introduced," the spokesperson added.