Virgin posts its first ever profit alongside growing superfast and TiVo subscribers. 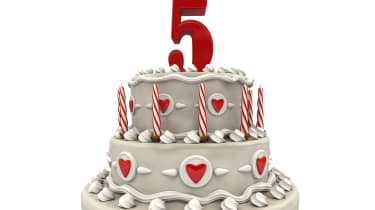 On its fifth birthday, Virgin Media has another reason to celebrate as it posted its first ever profit.

Net income reached 76 million in 2011, whilst revenue crept up three per cent to 4 billion. Revenue for the quarter ending 31 December only rose two per cent.

Virgin has been powered forward by solid gains in its TiVo and broadband customer bases. Its cable product acquired 92,000 new customers year-over-year, whilst TiVo subscriptions doubled.

There were some losses, however. Copper broadband customers declined 28,000 year-on-year and 12,500 quarter-on-quarter, but Virgin said it was winding the business down. Telephone customers went down 29,000 year-over-year.

The good thing is all the financial metrics are up and they're higher than what analysts were expecting in the city.

Virgin remains the number two provider of broadband in the UK, however.

"Ours is less the numbers game than it is about superfast," a Virgin spokesperson told IT Pro. "That's why we're talking about 133,000 superfast customers just in the last quarter alone and 580,000 in the last year alone.

"Basically, nearly two-thirds, certainly six out of 10 customers who want superfast speeds have been coming to us."

In terms of superfast, which Virgin classes as anything above 30Mbps, the ISP said it was "way ahead" of competition like BT.

At the time of publication, BT had not responded to a request for comment on Virgin's suggested figures.

Virgin recently announced plans to double most of its customers' broadband speeds, although a price rise is coming in April.

Talking about the financials, the spokesperson said Virgin had always focused on the cash generation otherwise known as EBITDA or free cash flow.

"It would be disingenuous for us to say 'look at how great we are at the bottom line,' but for people who have always been fixated on that bottom line it is obviously nice we have been able to report a net profit," the spokesperson added.

"The good thing is all the financial metrics are up and they're higher than what analysts were expecting in the city."

Today also saw Virgin announce plans to increase its workforce by 620. it wants 500 new customer service employees and 120 people to train up as engineers to support the growth of its superfast and TiVo businesses.

Virgin Media Business had a positive year too, posting 6.8 per cent revenue growth for the year. The company scored a number of big contracts, including a telephony deal with the Driver and Vehicle Licensing Agency (DVLA).

The telecoms giant also signed an agreement with Volkswagen to provide the car maker with a wide area network (WAN) across 434 dealerships.

"We'll also maintain our focus on the mobile market by continuing to give operators access to our fibre optic network and so provide them with the power they need to prepare for 4G.

"We anticipate 2012 to be another year of good momentum and progress."