Welcome to the stay-at-home Olympics

Inside the Enterprise: The Government has warned of disruption, and the Civil Service is practising working from home. Could IT yet save businesses from chaos on an Olympian scale? 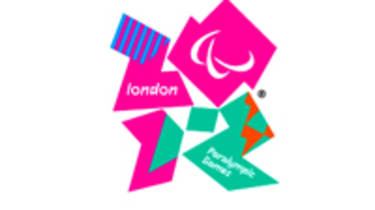 The large-screen TV is on order, and you've bought the kids a cuddly Wenlock or Mandeville. The scene is set for the world's greatest sporting event to come to London.

So why are so many businesses apparently in fear of the games? Over the last few months, the Government has done little to quell concerns about large-scale disruption to everything from the UK's transport system to the internet. Large-scale demonstrations of physical security (the SAS boarding boats on the Thames, Typhoon jets stationed in the London suburbs) may reassure the public about physical safety. But suggestions that companies should ask people to work from home, or to avoid travelling on public transport into London, are only adding to concerns that the country cannot cope.

A Cabinet Office guide for businesses sets out the main risks: staff shortages, transport disruption, supply chain problems and technology failures. And there are plenty of commentators, including technology companies warning that infrastructure may not be able to cope. Even the Civil Service has been running a large-scale exercise in home working, in case mandarins cannot make it to their ministries.

For IT managers looking at potential problems during the Olympics which start officially on 19 May, with the torch relay - the problem needs to be looked at on two levels.

The first is unplanned disruption: a transport failure, a security scare, or even a hacktivist attack on the capital's internet infrastructure. Here, the Government rightly advises that businesses undertake a business continuity planning exercise, to test whether their systems (and back-up systems) are robust enough to cope.

This is of course good practice, and something that a well-drilled IT department should rehearse at least once a year anyway. There is no point having a backup plan that is never tested. But yet, according to Deloitte (which is an official services provider for the Olympics), just one in five companies will review their business continuity arrangements.

But a more serious concern among businesses is the planned-for disruption. As one executive at an IT company based in South-East England told IT Pro, high-speed rail services into the capital are being cut in half, to accommodate Olympic visitors. This will make it pretty hard for him to meet clients, even if all the Olympic arrangements go according to plan. Home working will not really help here.

And other companies are warning that if businesses have not already started work on projects to improve home working or remote working setting up more VPN capacity, ordering more 3G dongles or laptops, or setting up SharePoint servers, to take just a handful of examples it will be hard to put those improvements in place in time for the Games. At least the Civil Service is ready, and putting its systems to the test.

So, for businesses that have not checked their contingency plans, and increased remote working capacity, there is no time to lose. Unless, that is, they are taking heed of another Olympics survey, this time from Casio. According to the electronics vendor, 39 per cent of Londoners will not be heading out to work at all: instead, they will be going down the pub to watch the Games.

Time to check how beer-proof those new corporate laptops really are?

Stephen Pritchard is a contributing editor on IT Pro.