Microsoft won't be spreading the love this Valentine's Day as nine security bulletins are set to be released. 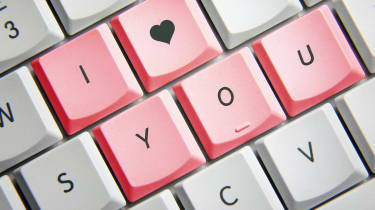 Microsoft will issue nine security bulletins covering 21 flaws this Valentine's Day, marking a medium weight release for IT departments to deal with.

Four of the bulletins have been rated critical and IT managers have been advised to focus on covering those affecting Internet Explorer first.

"There is the expected critical update to Internet Explorer which should be highest priority. After all, we saw last month how quickly attackers are incorporating browser based attacks into their toolkits; an exploit for MS12-004 was detected a mere 15 days after Patch Tuesday," said Wolfgang Kandek, CTO of Qualys, in a blog post.

"There are also two critical fixes for WIndows itself, plus one for the .NET framework that should be prioritised.

"In the important' category, there are three Remote Code Execution vulnerabilities, one of them in Office. Most likely we are looking at file based attacks and at least the Office vulnerability should be included in your first tier of patching."

IT managers running Windows Server 2008 R2 will also want to ensure they take note of the release on 14 February.

For the full advisory from Microsoft, head here.