Rolling out iPads in the enterprise

We caught up with IT manager Ian Davies to talk about the challenges of rolling out the Apple tablet to employees. 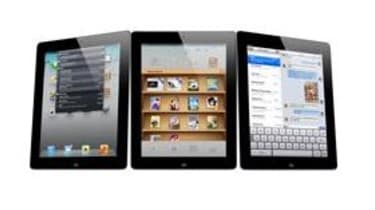 If we were developing our own app and not going through the App Store this would have been different but in a small enterprise like ours, the cost of development was prohibitive.

I looked briefly at two products: Sophos Mobile Control and Airwatch, but neither could push apps to devices (or at least I couldn't get them to). Similarly neither could truly prevent users from installing whatever apps they desired.

In general I find iOS devices very easy to support.

To overcome these problems we have timed the roll out with regional meetings so that setup and training can all be done over a two-day period when the reps would be together.

How easy is it to support iPads in the enterprise?

In general I find iOS devices very easy to support. They rarely break down and when they do they can fairly easily be reset or reconfigured with a few instructions over the telephone. In more serious cases I have sometimes had to direct the user to a local Apple store where they go to the Genius Bar just like any other user. But in three years of using iPhones this has only happened twice and geographically this was the best decision (one in Northern Ireland and one in Fyfe).

The lack of remote support tools such as WebEx, Team Viewer or Logmein is disappointing. I can manage setup and roll out profiles but can't see what is happening as I can with Windows Mobile and Android devices. Given the low failure rate this hasn't yet become a problem.

My biggest concern is over security. Everything done on the iPad has to be approved by the user, so if he/she decides they don't want me to remove the YouTube app, or enforce a security code, then they can refuse to install the profile. Similarly if I roll out a security profile to the device and they decide they don't like it they can easily delete it. Apple insists that the user (consumer) is the administrator of their device in an enterprise this isn't really the case. They are our assets and we should be able to restrict their use to business applications only.

Both Airwatch and Sophos required manual intervention by the user in order to register on the management system and to accept changes to profiles.

Will you be rolling out other tablets and how are you coping with employees wanting to use their own devices for work?

I don't see any non-iOS devices making it into our business in the foreseeable future.

BYOD has not been an issue for us thus far. Personal mobile devices are not allowed in the warehouse. In the offices, anybody who needs access on a mobile device has their company supplied device. There is a guest wireless system that allows visitors to connect to the outside world, so if employees want to access internet based services (social networking, email, etc.) on their personal devices they use the guest network.